The last bus to London Bridge

In the previous post, I linked to The Special London Bridge Special from 1972, which features Tom Jones travelling on a No 13 bus to Lake Havasu City, Arizona, where London Bridge had just been sold. Incredibly, that bus is still in Arizona but it isn’t in quite the same condition as the bridge. 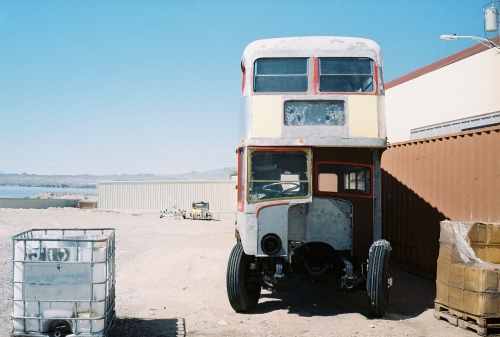 Thanks to Travis Elborough for the picture. Travis – who has just published London Bridge In America: The Tall Story of A Translantic Crossing – also pointed me in the direction of this marvellous song by Cilla Black, lamenting love and the loss of London Bridge.

Now that’s what I call a bus trip, baby 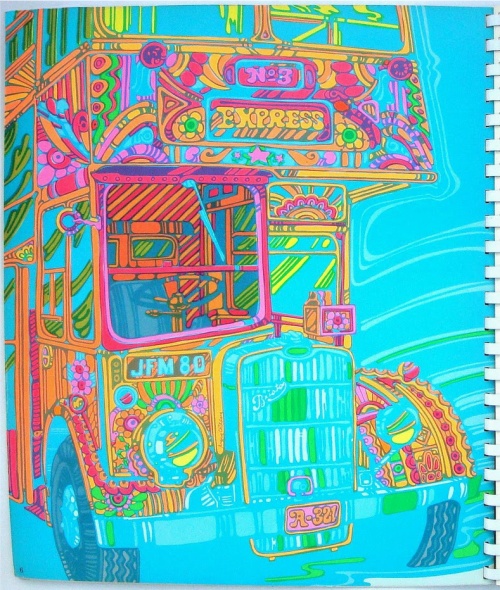 All aboard the Boris Bus!

Boris Johnson’s much touted new bus launched in London on Monday, and I managed to take a trip on it. It wasn’t easy: the bus left Victoria two hours late after breaking down twice and being slipstreamed by a Routemaster filled with anti-Boris protesters, but the public cared not a jot. Read my piece for Time Out here.

The bus is a classic example of how far bluster and bullshit can carry you, if the public are even half-interested in your vision. This is not a Routemaster, it carries fewer passengers than the bus it is replacing, has cost a fortune to develop, it doesn’t stop fare dodgers, the back platform closes in the evenings and the conductors aren’t allowed to take fares – but it’s still, in my view, a guaranteed vote winner because people like the look of it and aren’t going to look at the downsides too deeply. And maybe they are right, because when all is said and done, a fleet of these on London streets in a few years won’t look too shabby, and all the complaints – accurate as they may be – will look like so much narrow-minded nitpicking.