I have a piece in the latest Uncut magazine about Slade, the glam rock bovver boys who became the most successful British group of the 1970s.

Slade were proud Black Country band – all raised in and around Wolverhampton and Walsall – and they never really took to life in  London, something that may have explained why it took them so long to break through. As Don Powell, the drummer, told me, ‘We didn’t really feel comfortable in the London scene when we could just be in the pub with our mates in Wolverhampton.’ Even today, all four remain wonderfully faithful to their roots and have the flattest vowels of any band I have ever interviewed.

But London still had an impact on their career. In 1966, beanpole producer Kim Fowley spotted the band – then called the N’Betweens – playing Tiles nightclub in Oxford Street and promptly hustled them into the recording studio. This was the result.

Tiles was a Mod club. John Peel played there once but his hippie tunes didn’t go down too well with the audience and he recalled: ‘It was certainly not the kind of place where they wanted to hear what I was doing. And there were waves of irate customers coming up over the footlights to try and persuade me to play whatever it was they wanted me to play. Which certainly wasn’t the Grateful Dead and Jefferson Airplane and Country Joe and the Fish or whatever I was playing. They didn’t like me at all.’

This terrific Pathe newsreel shows The Animals playing at Tiles, and it was ex-Animal Chas Chandler who gave Slade their next big break after he saw them performing at Rasputins on Bond Street. Noddy Holder told me, ‘Chas wanted to see us live. So we were booked to play a tiny place called Rasputins in Bond Street and we played our usual set there. People stopped dancing to watch us, which didn’t really happen at the time, and as Chas came down the stairs he said we were that good he thought it was a record being played. He thought it was fantastic and signed us the next day, no second thoughts. We started working a lot of London clubs and bigger venues around the country.’

Thereafter, Slade became regulars on the London circuit, and were the first band to book Earl’s Court (Bowie played a show before them, but had booked it after Slade). While Bowie’s show was plagued by sound problems, Slade were able t learn from his mistakes and their concert was deemed a great success.

Their favourite venue was probably the Top of the Pops studio in Elstree, where their rabble-rousing songs and remarkable outfits meant they practically became the house band.

Sadly, though, two of their greatest London moments have been lost forever. As one fan writes here, the band recorded two promo videos for Top of the Pops, one at Chessington Zoo for “Look Wot You Dun” and another at Greenwich Observatory for “Gudbuy T’Jane”. Both films have been wiped and seem to  be lost, among with many other studio Top of the Pops appearances.

Finally, here’s the band just before they made it. Still known as Ambrose Slade, this promo for their first album was filmed in Euston Station. The band had recently come out of their skinhead phase, and are nothing like the colourful eccentrics they would soon become.

‘What a bounteous banquet of costly viands is spread before an ardent-minded, grateful-spirited Perambulator!’ Old Humphrey’s Walks In London

‘One must perambulate early and late in all weathers, to know a little about London’. The London Perambulator

London is a gift for those who wander. Sometimes you can pick a new area and just stroll wherever the whim strikes you; sometimes you can take a different route between two familiar destinations. Either way, you’ll find your appreciation of the city is inordinately increased.

There is a healthy industry in London walking – M@ recently compiled a list of his ten favourite for the Guardian – but if you need something cheaper and more challenging, you can always take a self-guided walk over a longer distance. I once walked the Thames from St Paul’s to Hampton Court on a Sunday afternoon, criss-crossing bridges and sticking as close to the river as possible. It was particularly satisfying to see how easy it is to walk on the river bank – the only place I had to take a significant detour was around the ever-weird Chelsea Harbour.

In a similar vein, a couple of books have recently come out on the theme of London walking. Walk The Lines is about Mark Mason‘s decision to walk every tube line in London, above ground, an overall distance of 403 miles that takes him everywhere from Amersham in the north-west and Epping in the far east to Morden in the deep south.

Mason enjoys discovering new parts of the city and peppers his book with brilliant London trivia but is at his best when writing about the pleasure walking can provide. As he writes, ‘Once you’ve caught the bug, you feel an urge to plan your walks, be it thematically, geographically or by some other means. There must be a raison d’être for your ramble.’ This, he thinks, taps into a similar mentality to that of a collector: ‘It’s not about studying, about observing or noting. It’s about collecting. About claiming the city’s greatness, or at least some small part of it, for yourself.’

Mason’s book is a fun read, but you couldn’t very well use it to walk the tube lines yourself, even if you were lunatic enough to want to do so. Tom Bolton’s London’s Lost Rivers, however, bills itself as ‘A Walker’s Guide’ and is a terrific mix of history, topography and practicality. It maps – astonishingly diligently – the courses of eight of London’s buried rivers, so walkers can follow them for themselves, pointing out items of interest they can see along the way while also offering some historical context about the subterranean rivers.

Along with Nicholas Barton’s The Lost Rivers of London, it’s essential for any fan of buried rivers (Diamond Geezer says much the same here). The atmospheric Polaroid photographs by SF Said are a nice touch, as is the introduction by the great Londonphile Chris Fowler. Highly recommended. 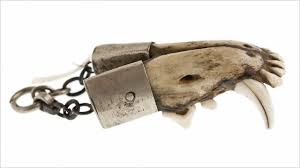