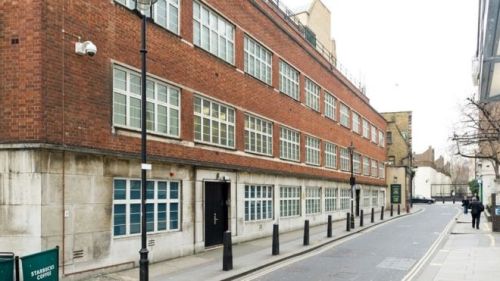 Apparently this “drab” office block in St James’s was for many decades a London base for GCHQ and is now being sold off to developers. It reminded me of the time I was writing an article that briefly alluded to GCHQ. The piece was mainly about Elizabethan spymaster Sir Francis Walsingham, and I remember talking over the phone to the author of Walsingham’s biography to try and confirm whether Walsingham’s portrait was still hanging in the lobby of GCHQ in Cheltenham.

Then, completely out the blue, a chap from GCHQ called me at the office, wanting to know what I was writing about. He refused to say how he’d found out that I was writing about GCHQ, indeed he seemed to take great delight in not telling me – and he did allude to general suspicions about Time Out given the magazine’s radical history. He did eventually confirm that GCHQ had a portrait of Walsingham, before signing off with what sounded suspiciously like an evil chuckle.

There was almost certainly an innocent explanation.

But it was also incredibly creepy.

To add to my sense of paranoia, I was at the time living in an old SIS office on Westminster Bridge Road. This was Century House, MI6’s HQ until they moved to Vauxhall. Rumours abounded about the secrets that still lay within the basement. Were there really old prisons cells? And a special tunnel that led directly to the nearby Lambeth North tube station? Any ex-spooks with knowledge of the building, feel free to tell me what you know. Just don’t call the mobile, that would really freak me out.