Played In London: sport in the city

A series of lectures called Played In London  will take place every Thursday in May on the theme of the history of sport and play in the capital. These will be at The Gallery on Cowcross Street, Smithfield, and promise to take in everything from Tudor tennis to pub darts. They are hosted by the great Simon Inglis, author of the legendary Football Grounds of Great Britain, a candidate for the title of best book ever written.

In November, English Heritage will publish a book (Played In London – Charting The Heritage Of A City At Play) on the topic, including lots of brilliant pictures like the one above, featuring the Furnivall Sculling Club, the first rowing club for women on the Thames, or these ones featuring the British swimming team in 1908 and the diving board at White City from that same year. 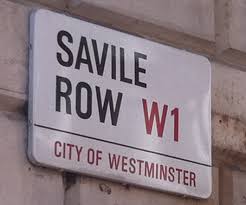 I recently received this email:

‘Stumbled across your blog recently and wondered if you’d be interested in doing a bit of digging to find out what happened to London’s railings.

During WWII there was a national scrap drive especially active in London where a lot of railings were grubbed up and sent off to be scrapped. I have never been able to find out what really happened with this pre-emptive move to destroy London before the Luftwaffe but it seems that program was more of a public relations exercise rather than of any practical use and the railings were dumped.

I have heard tell of them being dumped in the Thames and being used as ballast for ships leaving the Port of London. It is said that seaport buildings in Guyana and Nigeria still sport rather nice Georgian railings.’

And that was it. In truth, I know little about London railings (image below from Knowledge Of London). I’d also heard the story that were used for scrap metal in the war, and was also aware that in Harleyford Street, SE11, some ARP stretchers used during the war to ferry casualties away from bombsites had been turned into railings (you can see a glimpse of them in Patrick Keiller’s London and they also feature in Peter Ashley’s excellent More London Peculiars).

So I turned to my dog-eared copy of London Street Furniture, which wasn’t much help. ‘Doubtless, railings have their devotees,’ I read. ‘The authors may be nerds, but this is one items of street furniture that even they cannot get excited about.’
Oh.
The section continues: ‘When we were children we heard all about the drive to uproot railings to produce scrap iron to assist the war effort in the early 1940s. We suspect that railings were seized and removed more keenly from working-class districts than from the fronts of the houses of people who had wealth and social and political clout.

I’m not sure this is true, as I have read that railings were removed from many garden squares, making them suddenly accessible to the public (indeed, that is what is happening in the image above).
That the railings were removed is beyond doubt. Here is a typical quote from somebody who had their railings removed during the war, taken from the BBC’s People’s War site.

They took away our railings. Men came and cut the ornamental railing from the copings on the little walls outside of the houses, along the whole length of the road, they were taken away to be melted down to make weapons.

But did they really get melted down? A quick scour of the internet produces this interesting nugget from a WWII forum. It is a letter from 1984 to the Evening Standard and says in full:
I was interested in your item about the railings which are to be replaced in Ennismore Gardens. The tragedy is that so many of London’s railings were pulled down in order to support Britain’s war effort, bearing in mind that they never became the guns and tanks they were intended for.
In fact I believe that many hundreds of tons of scrap iron and ornamental railings were sent to the bottom in the Thames Estuary because Britain was unable to process this ironwork into weapons of war.
Christopher Long Earl’s Court Square, Earl’s Court,
London SW5.
The forum correspondent goes on to add: ‘This information came from dockers in Canning Town in 1978 who had worked during the war on ‘lighters’ that were towed down the Thames estuary to dump vast quantities of scrap metal and decorative ironwork. They claimed that so much was dumped at certain spots in the estuary that ships passing the area needed pilots to guide them because their compasses were so strongly affected by the quantity of iron on the sea-bed.’
A great story, but is it true? If anybody can say for sure, please do let us know.
UPDATE: The fine Johnny L, a noted nerd and jazz lover, points us towards this documentary by Jonathan Meades about Victorian houses.

Meades begins talking about railings after 4min 40secs. At 5min 30 secs he reports:

There aren’t many railings left now in London. This is because in 1940 there were ripped up as part of the war effort. It may have been a morale booster, but it was impractical – the stuff was never melted down and was thrown into the Thames rather unceremoniously off Sheerness on the Isle of Sheppey. The stuff’s still there.’