These are all taken from the recent cache of thousands of Pathe newsreels loaded on to You Tube.

1. A trip to Swinging London in 67. Is that Yoko reading International Times at Trafalgar Square? Surprisingly sympathetic beneath the patronising tone. I love those Bob Dylan paper dresses. And at 4:50 you get to meet Keith Albarn, father of Damon, as he organises a happening. Also features Mary Quant, the Speakeasy, the Scotch of St James and much more.

2. This Is London, with commentary by Rex Harrison. A tour of the capital for the British Travel Association, starting at the Tower of London, into Fleet Street and Temple then into the West End and Westminster. It’s all very quaint and polite, but great for location spotting. The shots from Chelsea at 10:42 are extraordinary.

3. Platform shoes, 1977. A wide range of Londoners discuss platform shoes – “they’re not natural,” says one cockney. I think this was filmed around the King’s Road.

4. Tracking shots of Soho at night, 1968. No sound or context here, just a series of tracking shots around Soho at night. It’s incredibly atmospheric and full of strange glimpses into past lives, especially the laughing man at 3:22, whose companions have slipped off to an upstairs flat.

7. Making a psychedelic light machine, 1968. A sitar plays while Mike Leonard constructs his machine for a light show. For 60s scene nerds, this is pretty fascinating. 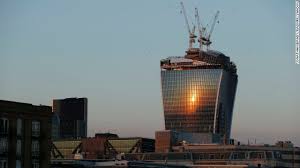