This piece is in the 2013 Time Out London Visitor’s Guide.

Richard Cudlip isn’t one of a kind, he’s one of 22,000 kinds, and London couldn’t function without them. Cudlip is a black cab driver, a licensed taxi driver who spends his days inside one of the world’s most recognisable vehicles and carries in his head the navigational secrets of the city. ‘I put the light on as soon as I leave my road,’ he says. ‘This morning I picked up a job in Balham that took me to Charterhouse Street. That was a nice start to the day.’

By the time we meet for a mid-morning tea in Borough, Cudlip has been to King’s Cross, Soho, Pimlico and Vauxhall, criss-crossing the city in the service of London. ‘Unless you’ve heard through the grapevine about somewhere being busy, you always think about heading for the stations,’ he explains. ‘And now, with Twitter, you have a good idea of where the customers are.’

Twitter hadn’t been invented in 2003 when Cudlip began doing the Knowledge, the gruelling test that every cabbie has to pass before they can drive the black cab. ‘I was working for Ernst & Young and I hated it,’ he explains. ‘My wife suggested I do the Knowledge. I’d wanted to do it in my early 20s, but I wouldn’t have had had the discipline. It’s the last thing you want to do at that age, driving round London on a bike, revising.’

Doing the Knowledge means learning by heart 320 ‘runs’, or trips from one London destination to another, being able to name all the principle roads and landmarks on the way – which amounts to 250,000 streets and 20,000 places of interest. This can easily take four years and sometimes as many as six. ‘The first run is Manor House to Gibson Square, that’s the one you always remember,’ says Cudlip, whose wife is now doing the Knowledge herself.

‘I loved it,’ he says. ‘It was the right kind of challenge. I got to visit all these bits of London I’d never been to. Those 320 runs give you the framework. It covers every postcode in a six-mile radius and gives you a route, in broad terms, around London, from one side to another.’

Cudlip now takes to the streets five days a week. The sort of things that would annoy most people –sitting in London traffic for hours– do not bother him, which is probably why he became a cabbie in the first place. What he enjoys is the freedom and flexibility. If he works a couple of long days, he can take a day off. If things aren’t working out, or he hits his financial target earlier than expected, he can turn off the light and head home. The choice is his.

‘Different drivers work different ways,’ he explains. ‘Some don’t do stations, they’d rather drive around. Others stick to hotels. Some just do airports, which is a very different way of working. You can wait four hours in the feeder park (the holding area for cabs) without knowing what sort of job you will get. You have to pay £6 to work Heathrow, just to cover the cost of the feeder park.’

Cudlip’s perfect day is made up of ‘lots of short journeys. That’s the absolute ideal. If you get a fiver including tip for taking somebody round the corner, it’s perfect. When somebody gets in, I might not know the building they want, but I can work it out close enough so I can make an instant decision about how to get there without having to programme a satnav.’

And even with the Knowledge firmly imprinted in his brain he’s always learning. ‘I love going out every day and seeing a new bit of London,’ says Cudlip. ‘I spent most of my life in London and thought I knew it, but now I know I had no idea.’ 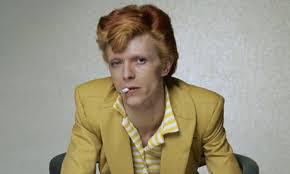 Time Out recently asked me to contribute to a piece on London’s 10 weirdest museum exhibits (something I’ve blogged about previously). My favourite previously overlooked discovery was the above ‘Palace Of Pills’ at the Science Museum.

This extraordinary sculpture, constructed from old pills, medicine bottles and syringes, was made for a campaign run by the East London Health Project between 1978 and 1980. The ELHP was a coalition of health worker unions and local Trades Councils who were campaigning against cuts to the NHS as well as highlighting other healthcare issues facing Londoners in the late-70s. This was the first time the NHS had really come under sustained attack from any political party since it was formed in the aftermath of the Second World War.

The Palace of Pills was created by artists Peter Dunn and Loraine Leeson, who built the sculpture in their studio using old pill bottles that they acquired from the ELHP’s partners working in the health service. They then photographed it for a poster that was displayed in waiting rooms and doctor surgeries.

‘We did eight posters,’ Leeson told me. ‘The Palace of Pills was made for a poster that talked about how the drug companies were dominating what was happening in health, and for reasons of profit not health.’ The model was too big for the studio and already starting to deteriorate when the Science Museum asked if they could have it. ‘They saw it as a curiosity but I’m delighted it still exists,’ she says. Leeson and Dunn took the experience into creating posters for further pioneering campaigns against the redevelopment of Docklands.