Lennon/Ono and “RAPE” in Highgate Cemetery

I have written the cover story in the new Uncut about John Lennon in 1969. This was a pivotal year for Lennon, as he embraced Yoko Ono’s concept of experimental autobiographical artistic experiences and prepared for the break up with the Beatles.

Ono and Lennon were endlessly busy through 1969, releasing weird albums – Life With The Lions and Wedding Album – and forming the Plastic Ono Band. Lennon played free jazz in Cambridge University, sent acorns to world leaders, got married, sat in bags, took heroin and released several hit singles, including “The Ballad Of John And Yoko”, “Give Peace A Chance” and “Cold Turkey”. 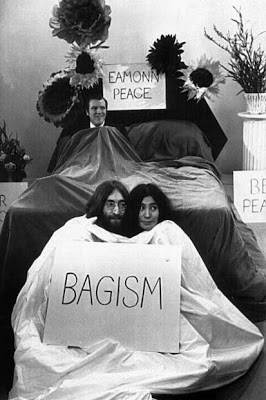 One of the lesser known results of this creative outpouring was the film, “RAPE”. Sean Ono Lennon believes this to be: “A profound piece, especially in the context of the Me Too movement. It’s not designed to be entertaining, it’s a concept, a metaphor and an experience.” 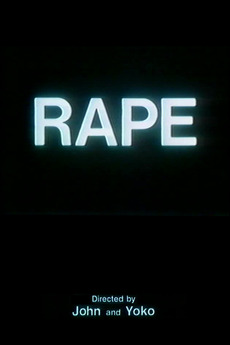 “RAPE” was commissioned by Austrian TV and filmed by Nic Knowland, a cinematographer working for World In Action. He told me, “An Austrian gentleman called me and said John and Yoko wanted me to work on a project. I said okay and went to meet them in hospital – I think Yoko had a miscarriage – and they explained what they wanted from this film. It was to reflect their sense of being hounded by the press. They wanted me to get a small crew and then follow anybody in the street until they screamed or broke down.”

For the next couple of days, Knowland filmed around North Kensington, shooting a lot of footage but never reaching the point Ono and Lennon wanted. The producer than gave Knowland the address of an Austrian woman who was in London and had outstayed her VISA. Eva Majlata was the sister of  a friend of the producer and Knowland was never sure how much she was told about the project.

For the next three days he followed her around London – Highgate Cemetery, Chelsea Bridge – ignoring her attempts at conversation and keeping the camera focused on her face. “Then on the third day we were given the key to her apartment,” says Knowland. “That’s pretty full on and ends with me being very aggressive with the camera, putting my foot on the phone so she can’t call the police. I felt we had pushed it as far as we could.”

You can watch the whole film on You Tube.

The finished film is extremely unsettling, as Majlata is essentially stalked for 90 minutes by a silent camera to her increasing discomfort and eventual alarm. We see everything from the camera’s perspective, making us complicit in the action. For Lennon and Ono, this was about fame but it’s also about everyday street harassment – which, as Sean Ono Lennon says, make it very appropriate today.

What makes it even more alarming was Majlata’s after story. The film landed her a couple of modelling gigs with Vogue but she then “got into a spot of bother” as Knowland put it, and moved back to Austria where, as Eva Rhodes, she opened an animal sanctuary. She then got involved in various legal tussles and was eventually murdered in suspicious and horrendous circumstances. One of the themes of Lennon/Ono’s 1969 was how life inspired art, and Majlata’s experience was the reverse – art became life.

“RAPE” is little known now, but of all the projects Lennon and Ono worked on in 1969, this was the most powerful. There are a couple of articles about it that are worth reading including here and here.