Summer on the canal

I wrote a piece for Waterfront about the serene and occasionally hedonistic pleasures of living on a narrowboat in the summer. You can read it here.

I also took part in a podcast talking about canals for Waterfront, which you can listen to here.

I recently walked one of my favourite sections of the canal, from Kensal Green to Little Venice, for the first time in years. This is what I saw on the way.

Slopes for horses that slipped into the canal. 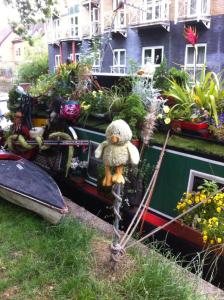 This statue garden once took up the space outside a single house – now it’s the entire terrace. 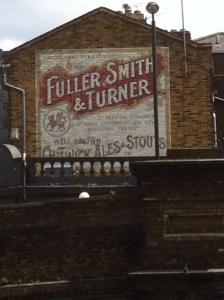 Psychogeography centre, between Trellick Tower and the Westway. 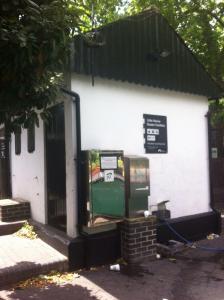 The most important building in London – where boaters get their toilets emptied.

Towpath rumour said this boat once belonged to Richard Branson.

The Oasis swimming pool in Covent Garden in 1946

I’ve spent the past week immersed in Played In London, a book that is about as ambitious as any you are likely to see published about London this year. Written by Simon Inglis (author of the seminal book on British football grounds) for English Heritage, it attempts to tell the story of every sport that has ever been played in any venue in the capital – that’s everything from lost Tudor skittle alleys to skateboard parks, including all the major football and cricket grounds as well as lost lidos and billiards halls, archery grounds and greyhound tracks, relocated diving boards and blue plaques. There’s even space to mention rugby netball, a sport created in 1907 by soldiers on Clapham Common and which is still played there every Tuesday and nowhere else.

It’s a breathtaking accomplishment, full of terrific nuggets of information – did you know there were Eton Fives courts under the Westway, or that the BBC’s Maida Vale studio was built in an old rollerskating rink? – but also attempting to tell the story of how a city and its people indulge in play, how that play is shaped by the culture and topography of the city, and how it develops over time, often wittingly reinventing itself as a ‘heritage’ sport rather than die out.

This is social history as much as anything, but goes much deeper than any other book I’ve seen on the subject, like the marvellous Pleasures Of London. One fascinating section looks at the history of company sports grounds. There were once dozens of these in south-east and south-west London – Catford had several – where civil servants or bankers could take part in regular games of rugby or football, or enjoy the annual sports day. Knowing more about these events, Inglis says, would let us learn so much about the culture of work, belonging and inter-office bonding in 19th and 20th century London.

Given the scale of the project, the navigation of the book can be a little complex, but the layout makes sense over time. Inglis begins with an overview of the history of sport in London and of London parks and open spaces, before examining several areas in greater detail to see what they tell us about sport and London, and how certain spaces have been used repeatedly over time. He uses the phrase sportscapes and essentially is intending to show that sport, play and leisure require greater understanding of history than simply observing the architecture and listing club records (although the architectural chapters on Pavilions and Grandstands are genuine delights). It requires a knowledge of how space was utilised and developed, and what accidents of personality, business, culture and geography in the wider world outside sport allowed some sports and grounds to thrive while others died. It also shows how some spaces are defined by sport, but also how sports, clubs and associations are defined by the space they occupy.

The river is an obvious candidate for this treatment (and I never knew there were so many boathouses), but he also looks at length at such intriguing places as Wembley Park, Crystal Palace Park, Lea Valley, Dulwich and the Westway – all of which have long, complex relationships with myriad sports – to uncover stories that may otherwise only be known to local historians, or single-sport specialists. This approach repeats itself throughout the book, allowing ‘found spaces’ such as the South Bank skatepark to be included alongside manicured golf greens and expensive new all-seater stadia.

Oh, and if this isn’t enough the whole thing is illustrated lavishly throughout – indeed, they may have tried to cram in one or two photographs too many – with some spectacular mapping also included.

It makes a fine accompaniment to another book I read recently, on a more modest scale but still of some importance to London’s sporting heritage. Fighting Men Of London by Alex Daley is essentially an oral history – although the author occasionally makes his presence felt – of London’s boxing history between the 1930s and 1960s, told through seven former fighters. It puts some flesh on the bones of Inglis’s research: the boxers describe the lost boxing rings of London such as the shambolic Mile End Arena or the refined Stadium Club in Holborn, where inter-war gentlemen would dine ringside, ignoring the blood that splashed into their supper. They also talk about the old Central London gyms like Bill Klein’s in a basement in Fitzroy Street or Jack Solomon’s near the Windmill Theatre with an eye for detail that makes you think of Gerald Kersh.

The appetite for boxing in this age was vast, and many of the fighters interviewed built up large followings as they fought as frequently as once a month. None of them really made it into the big money though, and it’s notable that upon retiring several became involved in crime – The Krays, former boxers themselves, have walk-on roles in several of the stories. As a history of East End culture, it’s illuminating.

Lovers of London urban landscape, lost rivers, photography and, for want of a better word, psychogeography, should be aware of a forthcoming exhibition, From The Westbourne To The Wandle at Maggs Bros gallery.

Curated by counterculture bookdealer Carl Williams, this brings together the work of two London photographers and writers, Jon Savage and SF Said. Savage is best known as a music writer, but in 1977, inspired by JG Ballard, he set out to photograph the urban wastelands of West London, taking a sequence of stunning black and white pictures of the lost land beneath the Westway.

He has written, ‘In its emptiness, austerity and gloom, it is an interzone waiting for something to happen, for the beasts to be unleashed. This was how London felt at the time: coming, coming, coming down – like a speed hangover merging into an apocalypse. But in there was also a sense of possibility that new ways of thinking might grow from this emptiness – like the scented buddleia on the bombsites.’ 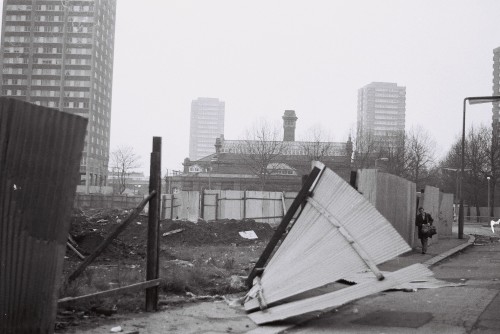 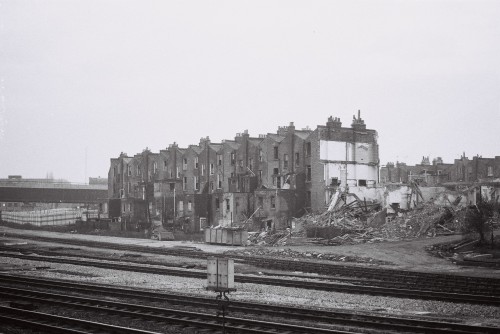 SF Said’s picture were taken for last year’s excellent Lost London Rivers book. Said shoots on Polaroid, which he describes as like a ‘photographic time machine’ and says he wants to ‘capture the dreams that a place might have of itself, or the memories that it stores under layers of time’.

He uses expired film, which can create strange, mesmeric effects and explains ‘as their chemical layers decay, they start to produce strange flame-like swirls and flickering light leaks that go even further into dreamlike realms.  These hallucinatory effects are unpredictable and random; sometimes they ruin a picture.  But when you’re lucky and it all comes together, I think they give you something magical that you could never get any other way.’