Tag Archives: Up In Smoke

“The building doesn’t represent or resemble anything other than itself.”

I was delighted to be sent this excellent article about Battersea Power Station by Richard Garvin, who introduces himself as a writer and retired English professor with an interest in architecture. Richard recreates great buildings from Lego and then writes about them on his blog, combining his appreciation of architecture with his deep knowledge of literature. For Battersea Power Station, that means using an absolute ton of Lego red bricks – and then references to Shakespeare, TS Eliot, John Milton and, er, me – Richard drew much of the factual content of his post from Up In Smoke, my book on the power station.

This served as a welcome reminder of the ability the power station still has to influence, inform and intrigue upon people’s thinking as well as the value my research has for others. Richard writes wonderfully about how the power station has been used in film and TV, something I explored in Up On Smoke but which he develops more fully. I also particularly enjoyed Richard’s thoughts on the strange, powerful architecture of the power station, which he astutely summarises is completely unlike anything else “other than itself” – which is precisely why it is been used so brilliantly in films and TV programmes such as Richard III, Children Of Men and 1984.

Read it all for yourself here.

The Evening Standard, usually a reliable cheerleader of the Battersea Power Station redevelopment, reports that the already limited affordable housing commitment is being slashed in half.

The argument appears to be that as the bottom is falling out of the luxury homes market because of entirely predictable problems of over supply, the developers can no longer afford to build the sort of homes that people actually need. The commitment had originally stood at more than 600. By the time I wrote Up In Smoke, my book about the history of Battersea Power Station, this had been reduced to 565 units – around 15 per cent of the total number of new flats. Some of these have since been moved to another location – ie, nowhere near the posh flats going up round the power station itself.

The Standard says the developers now want to build only 386 affordable homes – around 9 per cent of the final residential offering. That’s because following escalating costs caused by Brexit, they need to focus their finance on renovating the power station itself and building the new Northern Line extension. It’s the sort of trick used by developers all around the country as they attempt to weasel their way out of already meagre commitments, and at Battersea they can do this without making a new planning application or holding a public consultation by using a “deed of variation”. Conservative Wandsworth Council, whose commitment to a developer-led solution to the power station has been steadfast despite three decades of excruciating and occasional hilarious disappointment, are unlikely to object.

Ah, the irony. When I interviewed the amiable Rob Tincknell, the development’s chief executive, in 2014, he boasted it was only the developer’s commitment to the Northern Line extension  (NLE) that was allowing the already limited amount of affordable housing to be built in the first place. Without the NLE, he insisted, they would never be able to build this number of affordable units.

Now the argument is reversed. Because they have to build the NLE, they can’t afford to build as much affordable housing. It’s a classic piece of power station sophistry to match that of the recent decision to transform some planned residential units into commercial, despite earlier assurances that they having developed the perfect ingredients for a mixed use scheme they’d be fools to change their minds.

Tincknell told me in 2014 via email: “BPS makes its section 106 planning contributions in two ways. The first is a ￡200m plus contribution to the Northern Line extension (NLE), the second is 15% affordable housing or 565 units – the largest amount ever built in Central London.

The important point to note is that the NLE project allows the development density in the district of Nine Elms to nearly double. Therefore, without the NLE the density at BPS would be about half (like the previous planning consent) and therefore even if there was a higher level of affordable, say 30%, it would be a percentage of a lower figure and therefore the city wouldn’t get any more affordable than they do now.”

Suddenly, all that has changed.

The developers claim they hope to restore the missing 250 units at the end of the build.

I wouldn’t hold your breath.

I have recorded a podcast with N Quentin Woolf for Londonist about Battersea Power Station. It covers the full history of the site, looking at the history of the power station, the property battles, failed dreams and possible future.

On Friday, I will be a guest on Wandsworth Radio at around 6.30, again talking about Up In Smoke and the power station.

The image above, incidentally, is a screengrab from Ray Davies’s excellent 1984 film Return to Waterloo, starring Tim Roth and Ken Colley, which is set largely aboard the 8.52 from Guildford to Waterloo. Recently released on DVD, I review it in the forthcoming edition of Uncut.

A lovely review of Up In Smoke has appeared on the London Society website this week, and I will be talking about Battersea Power Station at a London Society event alongside Owen Hatherley in September. More information on that soon. Owen and I discussed architecture and music on Resonance FM a few weeks ago, and you can listen to that here.

Before that, I’ll be one of three speakers at a Londonist event on July 20th at The Pipeline on Middlesex Street, E1. I will tell some strange tales about Battersea Power Station, Amy Dickens will discuss her blog about commuters and Matt Brown will tell us that everything you know about London is wrong, which also happens to be the title of his latest book. All that for a fiver and chance to say hello. Doors open at 7pm.

To give you a taste,here’s a blog post I wrote about the power station’s current predicament for the New Statesman. I’ve also recorded something for their City Metric podcast – more information on that as it comes.

Up In Smoke: The Failed Dreams Of Battersea Power Station has a release date of April 26.

You can find out more at this website, which also tells you how to get in touch if you want me to do any talks or events.

Expect me to be writing about this a lot more in the next few weeks. 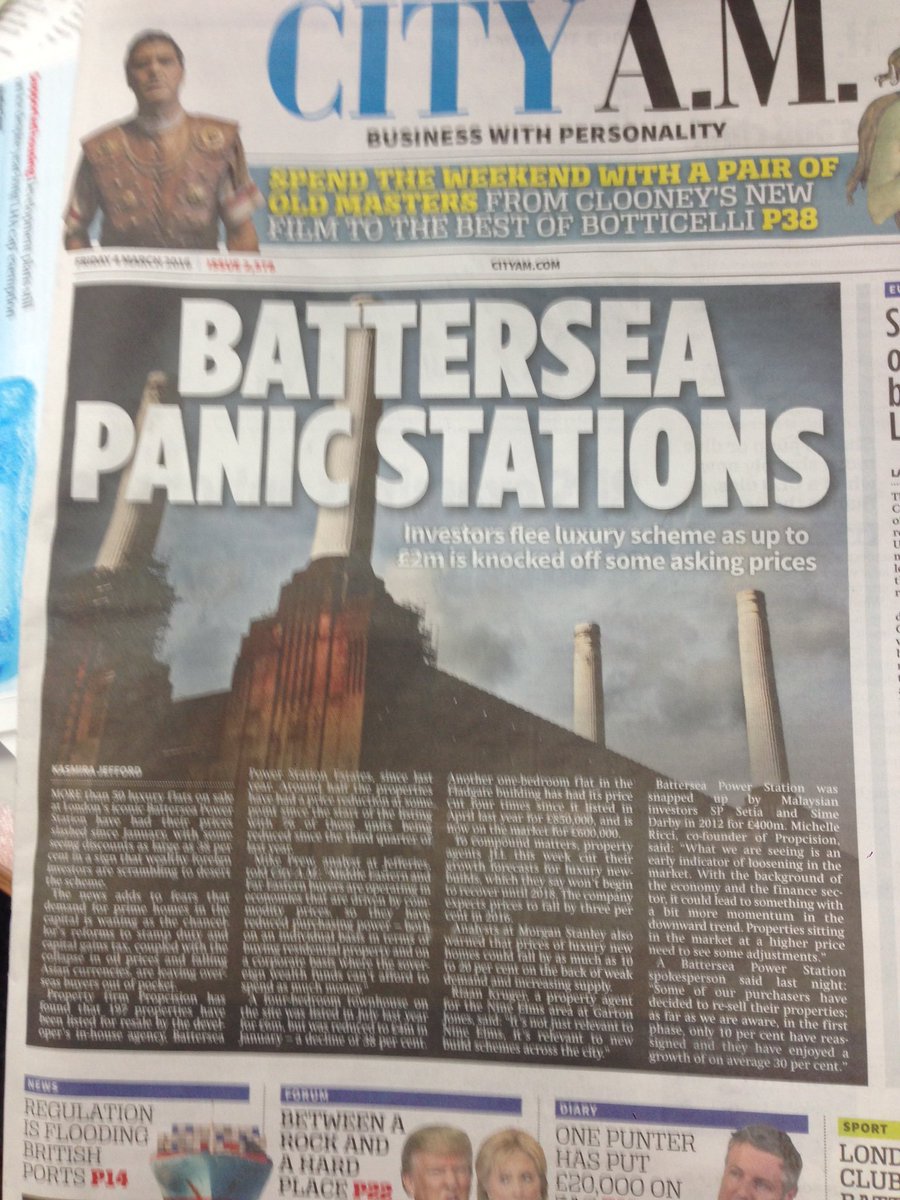