Maybe it’s just me, but Perivale is one of those London places names that always make me want to snigger. It’s also the unlikely location of one of London’s most beautiful buildings, the Hoover Factory.  The building has recently been turned into flats, which meant I got to look around it when writing a piece for the Telegraph.

I’d only ever driven past it before, so seeing it up close was a real treat. I even took some photographs. None of the interior I’m afraid but take my word for it that it’s been converted in the best possible taste.

The premise of this piece was that the Hoover, along with several other buildings in the area, represent a brief flowering of Americana in London – that is, buildings that are billboards and look like they belong alongside a Californian freeway rather than next to A-road in suburban west London. I’m not sure whether “Americana” as a distinct architectural term even exists, but I know what I mean when I use it.

When I was at Time Out, we named the Hoover one of the Seven Wonders of London. You can tell why when you get a close-up gander of the entrance. What a beauty! 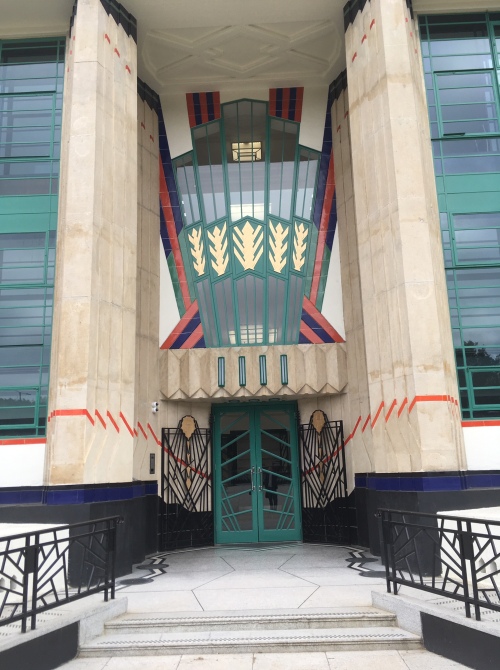 The Hoover was built by Wallis, Gilbert & Partners, who called their style “fancy factories” and admitted the influence of not just American factory architecture but also Madison Avenue advertising techniques. Their most accomplished vision was the Firestone Factory, which was infamously knocked down on August Bank Holiday weekend in 1980. As a result, Michael Heseltine hastily listed a number of other buildings from the same era, including the Hoover and Battersea Power Station.

The Firestone was a stunner. As anybody who has driven along the Great West Road knows, there are still several other amazing buildings of this type in the area – there’s surely a book to be written about this unique collection of London buildings. 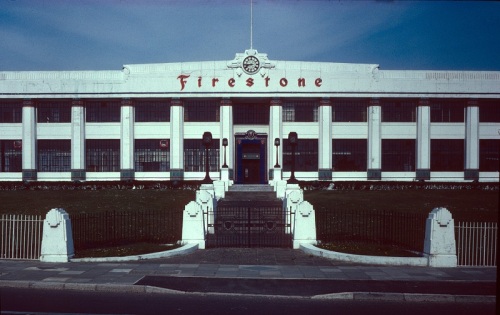 Despite all that, my favourite building in this style might be one that is outside London. The India of Inchannin building is located on the road between Glasgow and Greenock and is too cute for its own good. Read more here.

One response to “Americana in Perivale”