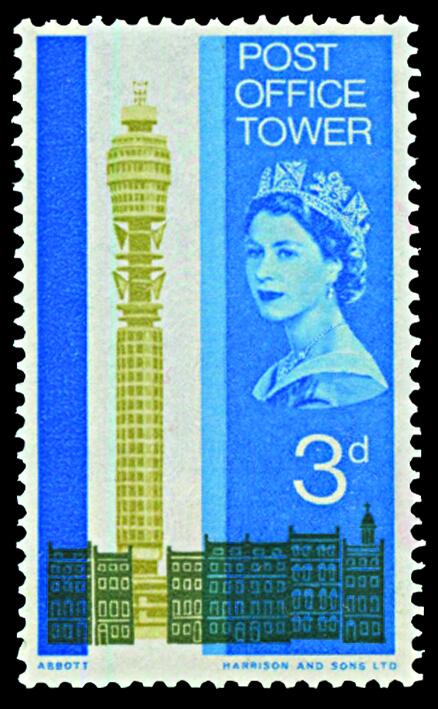 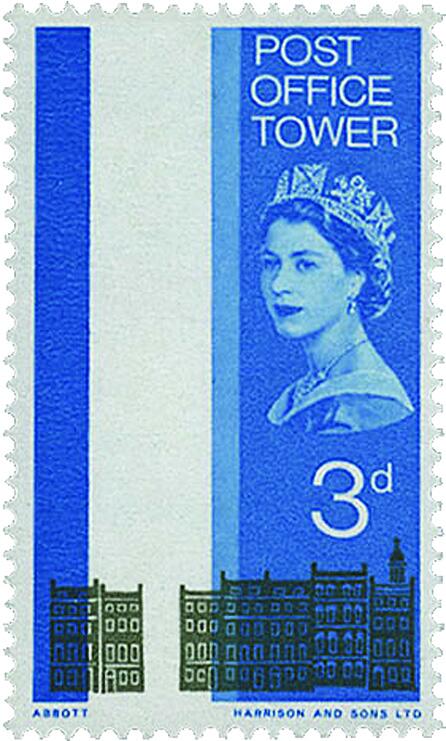 In fact, that seems kind of appropriate as the Post Office Tower was deliberately left off Ordnance Survey maps for decades because it was deemed to be an official secret and therefore of such great military importance nobody was allowed to know where it was even though it had become one of the most recognisable buildings in Britain pretty much as soon as it was opened by Tony Benn (who narrates this brief history of the tower).

And in 1966, its revolving restaurant featured in one of Look At Life‘s fabulous films. Here are two pages from the menu, taken from the excellent Butlins Memories website. 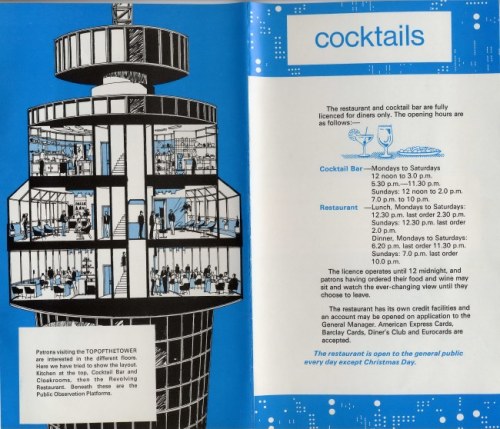 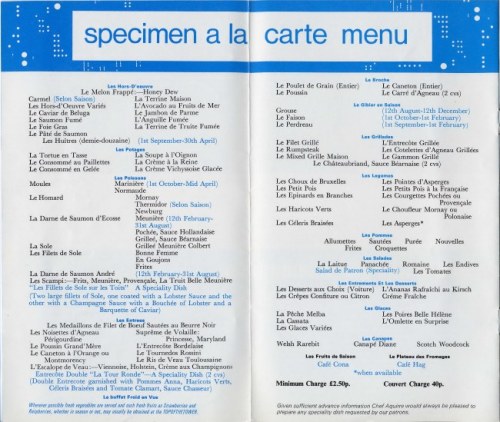 The Post Office Tower was bombed in 1971 (often attributed to Irish nationalists but more likely the work of the Angry Brigade) and even survived an attack by a giant kitten in the 1970s.

It’s still very popular. Here’s a film by somebody who collects memorabilia about the tower.

Rob Webb has scanned some pages from the original souvenir brochure on his website and James Ward has a nice selection of postcards featuring the Post Office Tower on his blog. I like this one. 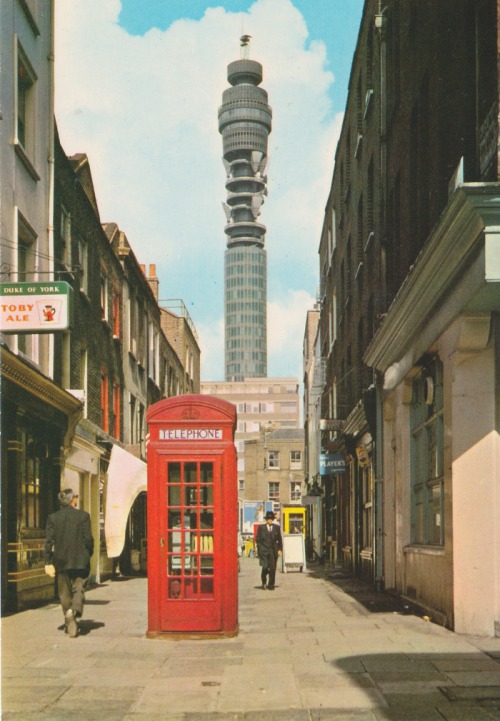