These four maps of literary London were drawn by Martin Rowson for the rather wonderful 1999 London issue of Granta magazine. 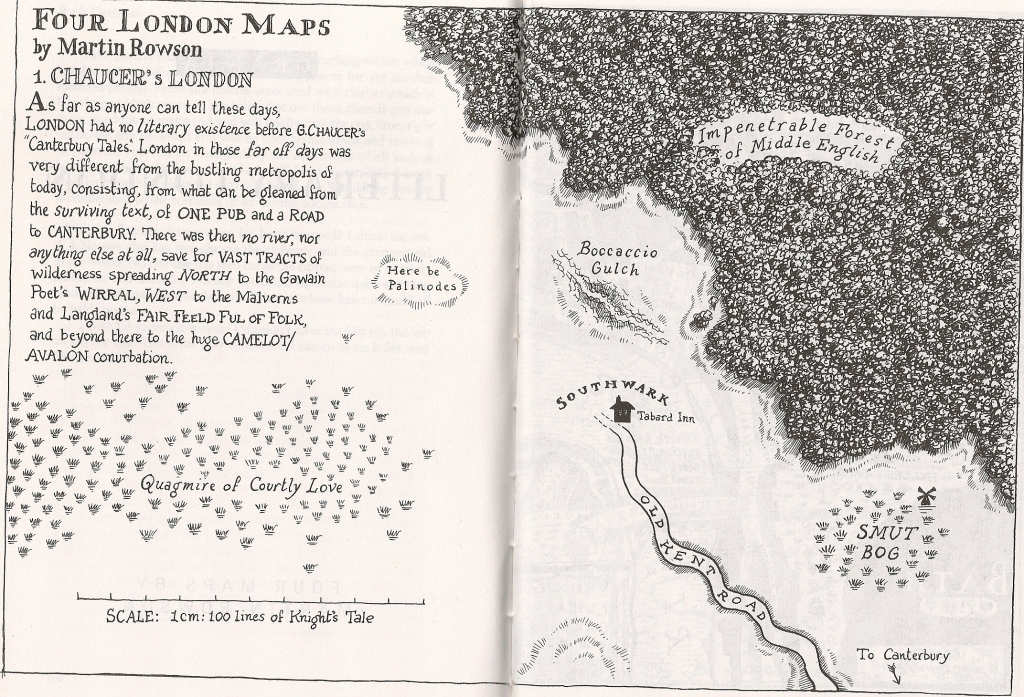