Uncovering a London ghost: the half-life of David Litvinoff

In the current issue of Uncut, I spoke to write Keiron Pim about his excellent book on David Litvinoff, Jumpin’ Jack Flash. Litvinoff is one of those characters that crops up in all sorts of strange places once you first notice him – in the last few years I’ve read books about the Krays, Performance and Operation Julie, and Litvinoff has featured in all of them as a mercurial, menacing muse. He also appears in Iain Sinclair’s books, but Sinclair is most interested in what he can use Litvinoff to represent – in this case a deliberately unknowable, shadowy figure who flits through London’s secret history, connecting the shadowy worlds of counterculture and crimes. 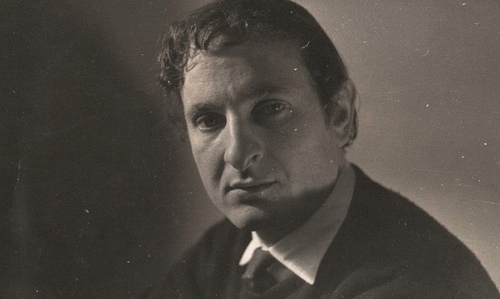 Pim is a journalist, interested in people as people rather than as metaphors, and his book diligently puts flesh on the bones of Litvinoff’s known history, tracing this strange character’s ascent from the Jewish East End and into the worlds of art, crime and music, where he rubbed up against everybody from Lucien Freud to Eric Clapton.  It’s said that Litvinoff reached such elevated company he was even invited to Jimi Hendrix’s funeral – the invitation contained a tab of acid that the recipient was meant to take if they couldn’t physically attend.

Litvinoff was an unpredictable chancer who survived on his wits, making money here and there through schemes both legal and not. He worked for the Krays and Peter Rachman, but his defining role, as seen by Pim, is as consultant for Performance, that heady, troubling film that could be the finest ever made in this city. Litvinoff befriended and advised both Edward Fox and Mick Jagger on the ways of the underworld, and supplied his old Soho pal Donald Cammell with ideas for scenes and dialogue. One of the many memorable moments in the film – the shaving of one victim’s head by gangsters – was based on Litvinoff’s own experiences. This was a man who both delivered and received mob justice – and at times, he is unsympathetic to the point of psychopathy – until he discovered a form of salvation through drugs and the woolly world of hippie idealism. 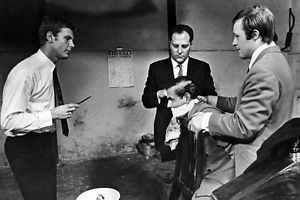 The story is ultimately a tragic one, as Litvinoff increasingly found himself left behind by friends, who could tolerate his wit and weirdness for only so long. He killed himself in 1975 as punk was breaking, and one sense that this movement of chaotic creativity, violence and contradiction would have suited him fine, although Malcolm McLaren may have baulked at the competition.

Given that Litvinoff didn’t actually leave much behind – no books or diaries, photographs or albums, little that is tangible or concrete – it’s difficult to put a pin in what he actually did. In an age in which we are increasingly defined by our jobs – commit a social media faux pas, and you are immediately reported to your employer – that’s strangely unsettling. The brilliant late artist Martin Sharp, a close friend of Litvinoff, makes a case that this needn’t be the case, that Litvinoff, by simply being himself and acting as muse and creative conspirator, did plenty. “It’s hard to earn a living doing it, but he made an enormous contribution to people’s lives,” says Sharp. “It’s not something you can send someone a bill for.”