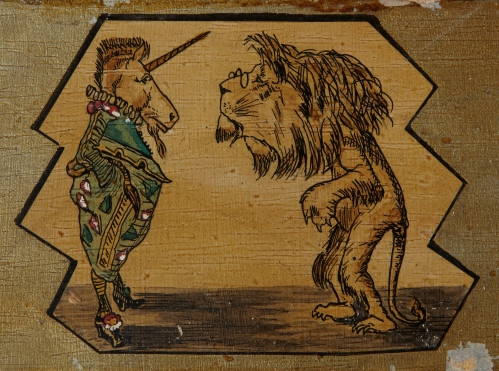 Earlier this year I was approached by bookseller Jake Fior, who told me he’d recently discovered a chessboard, never previously known about, that he believed had been handpainted by Victorian Alice In Wonderland illustrator Sir John Tenniel.

Tenniel’s illustrations are absolutely central to how we perceive the character of Alice in the two worlds she visits, inside the rabbit hole and through the looking glass, meaning this was clearly a pretty significant discovery, especially as Through The Looking Glass is plotted to resemble a game of chess.

My piece on the find eventually appeared in yesterday’s The Times. Sadly, this is  hidden behind a paywall, but thankfully The Telegraph reprinted pretty much the whole thing word-for-word later the same day. Fans of Alice should keep their eyes peeled on Cecil Court, where an Alice-themed boutique – complete with live white rabbit in the front window – will soon appear. 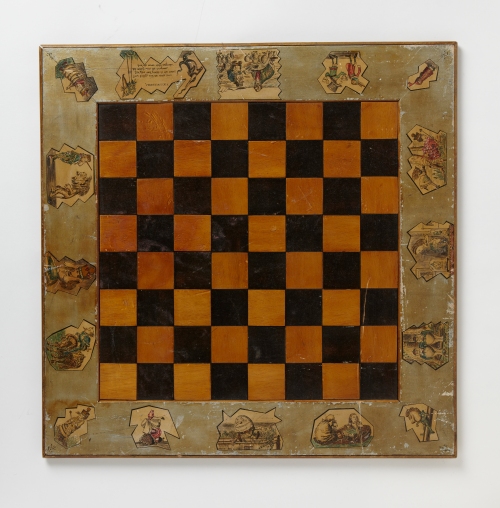 I think that calls for a song…

Role models: Pete Doherty and the death of Robin Whitehead

On Sunday, the Observer published my interview with Jake Fior about Pete Doherty and Robin Whitehead.

The story has generated some interest and other newspapers have followed up on it, with more to come, but away from the lurid headlines the key quote is probably this.

‘It’s something the Rolling Stones learnt after Altamont,” Fior says: “You have a duty of care to your audience. If you break down boundaries [with guerilla gigs] it causes new problems, especially if your music appeals to the young and alienated. You can’t have people in your entourage who are likely to overreact with fans. Pete’s lifestyle choices are his own business, but he has a responsibility to keep them to himself.

I am not a great fan of the idea that celebrities should be considered role models, but think this could be an exception.