Wellcome to London: how Henry Wellcome ‘hoovered up the world’ and left it on the Euston Road

Wisconsin, 1858. A five-year-old boy is playing near his frontier home when a strange stone catches his eye. He takes it to his father, who examines the flint carefully before deciding that it was a prehistoric tool made thousands of years before to cut meat. It probably meant as much to its creator as the railway did to modern humans. ‘That excited my imagination and never was forgotten,’ wrote Henry Wellcome years later, after he had grown up, moved to London and accumulated one of the largest collections of scientific paraphernalia that has ever been gathered by a single individual.

Wellcome established his pharmaceutical company, Wellcome-Burroughs, in 1880, making a mint selling pills to an English public that had previously taken medicine in the form of powder or syrup. This fortune sits in the Wellcome Trust, which was established 76 years ago and is now worth £14 billion, making it one of the world’s largest charitable foundations. Next door to the Wellcome Trust HQ on Euston Road, a short walk from St Pancras, sits the Wellcome Collection, a museum that houses some of the million or so objects collected by Wellcome in his lifetime. Here is Napoleon Bonaparte’s toothbrush, ancient sex aids, Chinese torture chairs lined with blades, boxes of false eyes, human skeletons and paintings by Van Gogh. It is one of the most extraordinary collections in the world, a throwback to a time when wealthy individuals would hoover up the weird and wonderful of the world for their personal collections, but executed on a scale few could compete with.

Ken Arnold is the Wellcome’s Head of Public Programmes. ‘This is the last great non-connoisseurs collection,’ he says. ‘Our usual concept of a collector is somebody who carefully decides whether something is authentic and then forks out a huge amount of money for it. Wellcome had an “other-end-of-the-telescope” approach. He saw everything through medical-tinted spectacles and wanted to own anything that would illuminate that fascination.’

Wellcome collected everything: paintings, engravings, photographs, models, sculptures, manuscripts, books, periodicals, pamphlets, letters, prescriptions, diplomas, medical instruments, archaeological finds, skeletons, skin, hospital equipment, advertisements, drugs, remedies, food, plants, microscope slides, charms, amulets, ceremonial paraphernalia, costumes, medals, coins and furniture. He bought entire shops, contents, fixtures and fittings, acquiring enough to recreate an entire street. He bought others collections, picked up human skulls from African battlefields and returned from one typical trip abroad with 44 packing cases of material. If something wasn’t available, he had an artist make a reproduction. Teams of buyers were finding him items right up until his death in 1936. His reach was broad and their brief was wide.

‘Wellcome had deep pockets and no bureaucrats telling him what he could bring home so he had none of our moral, financial or logistical concerns,’ says Arnold. ‘He hoovered up the world, and left us with this extraordinarily unwieldy and undisciplined collection.’ Although Wellcome amassed an immense collection, he was frugal with his money. ‘He was very wealthy, but he would send employees to auctions dressed down so they didn’t look too rich, and would set up fake companies so people wouldn’t know it was his money,’ says Ross MacFarlane, research officer at the Wellcome Library.

A chippy self-made American, Wellcome could never become part of the British establishment – although he was awarded both a knighthood and the French Legion d’honneur – and a desire to be taken seriously may have prompted his determination to create a museum of ‘the art and science and healing’. This opened in 1913 in South Kensington, before it moved to Wigmore Street and closing in 1932. When Wellcome died, the collection was put into storage or dispersed.

‘The British Museum has 40,000 objects, the Science Museum has more than 100,000, the Pitt-Rivers in Oxford has 30,000 items and there are bits in almost every museum in the UK,’ says Arnold. The Wellcome Trust has since taken a similarly philanthropic approach, funding wings in numerous UK museums, galleries and academic institutions.

In 2007, the Wellcome Collection opened. It is a modern, classy space, with a cafe and bookshop, as well as a gallery that hosts thought-provoking exhibitions that use art and science to explore topics such as Skin, Sleep and Brains. Their next exhibition, Death, promises to be particularly fascinating and challenging.

The Wellcome dares to be different: while most museums take an unfamiliar topic and wring all the knowledge out of it like a damp dishcloth, the Wellcome looks at something familiar and turns it inside out, using contemporary art and scientific research to make visitors question what they think they already implicitly understand. Their ability to do this can be traced back to Henry Wellcome himself. 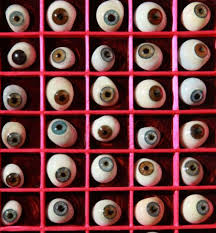 ‘We feel free to interpret the material Wellcome collected,’ says MacFarlane. ‘Because although we know when something was bought and what it cost, we don’t always know how it got to the auction.’ Arnold expands on this: ‘He didn’t talk about his philosophy. There’s enough to get an idea of why he was collecting, but there’s not so much that we feel we have to conform to his beliefs. He once said ‘Never tell anybody what you are planning to do until you have done it.’ That sounds like a good idea to me…’

So the Wellcome eschews blockbuster shows – which Arnold describes as ‘a depressingly greedy way to conduct exhibitions’ – and takes pride in imaginative live events. ‘We never try to be definitive,’ says Arnold. ‘There’s always more to discover. And we don’t want to be po-faced. Science is either deadly serious or fun with pink fluffy letters – and between these two unpalatable positions is a yawning chasm that can be filled with smart and sophisticated entertainment.’

Of course, the Wellcome is helped by having a lot of money in its coffers. ‘We are much more privileged that most other organisations. We are wealthy and we don’t have to satisfy civil servants, corporate sponsors or shareholders. But that attitude comes from the Wellcome Trust itself: science is a risk-taking business and there is a sense we are allowed to be experimental.’

MacFarlane finishes that thought, ‘When we take the directors an idea, they’ll often want to give it a go, and that’s a bit like how Wellcome collected. It’s a great position to be in.’

Wellcome Collection, 183 Euston Road, NW1 2BE. Admission free. The Wellcome’s next exhibition is Death, from November 15.