Like a demented seagull: how hate mail changed my life 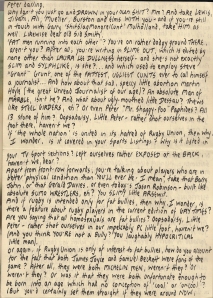 This is a letter I received several years ago. It begins ‘Dearest Peter, why don’t you just go and drown in your own shit’, goes on in a similar vein for six impeccably crafted pages before signing off ‘U.R.A. Deadman’. It was written by a mad man and it changed my life.

At the time, I prided myself on writing savage, pithy reviews for Time Out (rechristened Slime Out by the writer). I was vicious and splenetic, with the self-righteous confidence of a 20-year-old who believes they have invented authenticity and everybody else is a fool and a fraud. I verbally annihilated such high-profile targets as Toploader’s second album, anybody who ever appeared on Channel 5, ‘Grumpy Old Men’, Lord Robert Winston and Vigo Mortensen’s chin.

Mr U Deadman (possibly not his real name) had noted my work and enraged by a particularly malicious piece I had written deriding the ridiculous sport of rugby union (clue: the section was titled ‘Rant’), decided it was time for payback. And how.

Much of what he wrote was plain wrong. The man was unbalanced, a bit racist and rather scary. He had extraordinary recall of past Time Out writers, many of whom I had never heard of, whose supposed sins (and, more worryingly, physical appearances) he would discuss at length.

He also had a wicked turn of phrase. The key paragraph was the following, a rhetorical question that inadvertently changed everything. He asked me:

‘Are you looking forward to your retirement, to the day when you can look back over your working life and think “I slagged people off. That’s what I did with my life. I spent years – in fact, decades – SLAGGING PEOPLE OFF… screaming relentlessly like a demented SEAGULL. I was Slime Out’s top hatchet man in 2003. No-one else could touch me. Not even Lewis”?’

(The latter is a reference to the internationally respected music critic John Lewis, who was also a bit of a meanie back in the day.)

At the time, I laughed it off as the witterings of a deranged sociopath – albeit one with lovely script and excellent phrasing – but it also made me think. Yes, I could be funny, I could wind people up, but really what was the point? At around the same time I proudly showed my girlfriend a furious review I’d written about some vacuous celeb-loaded TV show about dancing and she wasn’t just unimpressed, she looked at me as if I had crapped in her handbag. Being cruel, I realised belatedly, wasn’t nice, or cool, or clever. Well, it was clever, but not in a nice or cool way.

I should have known this already, after the Jason Lee incident at the Sunday Times, when a throwaway comment about a haircut in my TV column was appropriated by ‘Baddiel and Skinner’s Fantasy Football’ with unfortunate repercussions for the career of an innocent pineapple. 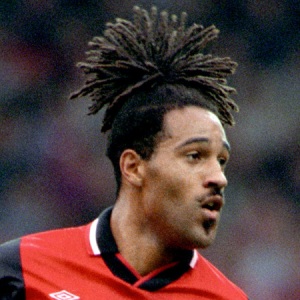 So I changed. I stopped reviewing terrible films, only wrote about albums I liked and threw my TV set in the canal. I started to spend more time thinking about the things I enjoyed and wanted to recommend, and less time thinking about funny ways to slag off things I thought were crap.

I probably became more boring and less memorable as a writer, because there are few things more intoxicating than a really wicked piece of invective (pace Brooker), but I think it made me a better writer. I definitely became a happier person. And I still  have no desire to be the sort of person who uses their privileged space in magazines, newspapers and websites to wind-up readers and make asinine generalisations, even if that is the easy way to get noticed (pace a list far too long to mention).

The mysterious mad letter writer continued to treat Time Out to his acidic thoughts, occasionally in the form of epics like the above but usually as mellower postcards, mainly focused on music. He barely mentioned me again, although Lewis got it in the neck a couple of times, and rightly so.

He stopped writing to Time Out completely about a year ago and I often wondered what happened to him. Did he merely cancel his subscription like so many others (to drive off an obsessive, that is impressive), did he get some new, better,  medication, or did something tragic befall him, not entirely unlikely given his clearly troubled mind?

I hope he is okay. I hope he is a happy. And I’ll always keep his letter to remind me of what I never want to become.

Update: Slime Out: The Sequel.

Tagged hate mail, Hate mail and the positive outcomes it can bring about, Jason Lee, John Lewis, Time Out