Pete Townshend and the London counterculture

For my recent piece in Uncut on the London underground press, I contacted Pete Townshend to ask if he had any memories of the era. His reply was long and illuminating, and is worth reproducing in full.

ME: Pete was a regular at UFO. Was it unusual for somebody so well-known and from a Mod background to go to a hippie club?

PT: I was taken hostage in a sense. My partner Karen Astley (whose pretty face was used for a few UFO posters) was working with her old friends from the Ealing Fashion School – Angela Brown and Annie Dupée. They had a company called Hem & Fringe. They made clothes for various boutiques, but in particular were designing for an adventurous new King’s Road store in the manner of Granny Takes a Trip. It was to be called Gandalf’s Garden. It was a joint effort by Barbara Allen and Michael Rainey I think.

Michael McInnerney was doing the window design, with – I believe – another artist called Dudley Edwards (who had decorated Lennon’s big Rolls Royce in psychedelic style). I had met Mike and Dudley after the Who had played Monterey Pop Festival with Jimi Hendrix in 1967, and I was interested in Meher Baba who they both followed.

The Who then went off on a very long tour supporting Herman’s Hermits, and while we were away there was a widely reported hippy wedding in Hyde Park, Michael McInnerney married Katie, and Karen was there, and in many of the photos. There is also newsreel film of Karen dancing with Barbara Allen and Hoppy. Mike McInnerney worked with Hoppy and Miles on IT. Karen was right in the centre of the hippy scene, and knew a lot of the leading faces of the time. Through her I met Joe Boyd, the producer of The Incredible String Band and Fairport Convention, and Barry Miles and his wife Sue (who was a terrific restaurateur), and Hoppy. I also got to know John Dunbar [Marianne Faithfull’s first husband] and met the other founders of the Indica Bookshop in Southampton Row at a party with the Beatles, but I never went to the shop. The way I remember it is that Paul McCartney was the chief patron of Indica from the Beatles and the pop scene at large. He was passionate about legalising marijuana, and came close to being arrested for some of the things he said. As far as I could see, marijuana and LSD were what the politics of the times revolved around. There may have been more, deeper things, but I never saw much sign of it at the time. Vietnam was big news of course, but sadly not to me. More of my myopic tendencies later. 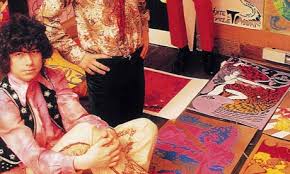 Michael English was an old friend from Ealing Art College, and his partner was Angela Brown. When I wasn’t performing we hung out together. Michael was developing his air-brushing techniques, but also making silk-screened posters for hippy events with his colleague Nigel Weymouth. Michael and I were extremely close for about a year in 1967, and I became very fond of him. My friendship with Mike McInnerney lasted much longer, and although we don’t see much of each other today, his work on the Tommy artwork went much further than just coming up with cover art. I flew every single Tommy song past him before I played it to Kit Lambert my mentor and Who producer and manager.

I loved the UFO club. Hoppy was always on the door, smiling, welcoming, never spoke about politics although we knew he was involved in trying to get marijuana legalised. On the stairs I often found Mike McInnerney, who would never stop drawing and painting, and sometimes took his work out with him. One night Gustav Metzger who had lectured at Ealing Art College did the acid-based-light-projections for The Soft Machine. In those days Soft Machine were really very jazzy, and I seem to remember they played a few pieces by John Coltrane. I’ve always been a huge fan of Robert Wyatt, and he married one of my friends Alfreda Benge who edited The Lone Ranger, the first film for which I ever made a soundtrack. Pink Floyd were regulars, and I thought they were wonderful, and not just Syd. I’d met Syd at a few parties, and he was already pretty mad, too many trips we all thought. One Pink Floyd night at the UFO a bunch of Mod boys circled me and ridiculed my hippy coat that Karen had made me, and from then on I think I started wearing boiler suits and Doc Martens, attempting to disown both fashions. We had a lot of fun, I had about five LSD trips, one good one, the rest pretty scary. The UFO was a very friendly place, unless you happened to run into Roger Waters. I’m joking, he was friendly enough, but though handsome he was extremely scary looking, and was rather too keen on Karen for my liking, but then a lot of men were.

I am simply name-dropping here, over and over again, because I was not really a part of this scene at all. I just met all these extraordinarily glamorous and friendly people through Karen, then jumped back in the shitty old Who tour bus and went off to play in fucking Morecambe.

Was Pete’s comfort with the counterculture a result of his art school background?

I was not comfortable with it. This is where I confess my myopic nature. I never ever managed to find a sense of place in it. I think when we played Woodstock a year later, and my famous argument happened on stage with Abbie Hoffman, I suddenly realised I simply hadn’t understood how divided society had become by then. This divide was not just between young and old, but between those younger people who saw themselves as political agitators and those who simply wanted to conform, get a job and have a quiet life.

As an artist I operated within the Who as a kind of mirror or commentator, always looking at the local neighbourhood rather than the international scene, trying to give a voice to that part of our audience that seemed most disaffected, but I lost touch completely during the hippy years. Tommy was possibly only accepted from the Who because in hindsight some aspects of the hippy movement had been seen to be counterfeit and bogus. But the spiritual yearning that grew out of the LSD revolution was carried in Tommy, and made a connection somehow.

My art school work had been hugely inspiring, especially with respect to the possibilities of future technology and the way it would affect art. I have always felt I juggled art, technology and spiritual matters fairly well. But those three issues really needed from me an awareness of politics to produce balanced artistic work. That never happened for me. My mostly apolitical protests were rather sullen and sometimes resentful.

Did interviews with International Times allow musicians to reach different audiences or talk about different subjects than was possible with the mainstream press? 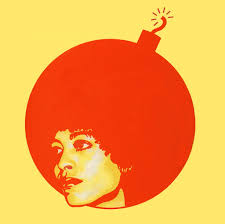 Oh yes. But I don’t remember my talk with Miles, I just remember Miles himself, and I adored him. Around that time (1967) I began to specialise in thought-stream interviews, just rapping really. I spoke creatively, sometimes absurdly, often moving into territory I knew little about. Occasionally this system did produce the most wonderful ideas. At other times, looking back, I just sounded out of my depth.

Why did rock stars like Pete and Paul McCartney get involved with IT, UFO and the counterculture scene? What did Pete personally do to help?

It wouldn’t surprise me to hear that Macca got taken hostage as I did, but in his case by his partner Jane Asher. I know that her brother Peter was involved in some way with John Dunbar. We were all part of what we thought would be a new London intelligentsia. In the end it was just a group of young pop stars with extremely pretty girl friends. I can remember one gathering – I think it was at an art opening for Simon and Maryka – where George Harrison was talking about Krishna, Macca about legalising marijuana and Eric Clapton and I were with the artist and lyricist Martin Sharp talking about the Oz Trial. I don’t think I helped at all, but Macca did. He gave money when Hoppy was arrested, and later for the Oz trial I believe.

Did Pete attend or have anything to do with International Times happenings at the Roundhouse or Alexandra Palace?

Yes I went to both events. Michael English and I took LSD and walked all the way to the Roundhouse from his house in Portland Road. A long, wonderful trip, one of the good ones. At the Ally Pally Rave I ‘discovered’ Arthur Brown and started recording him. Kit Lambert got thrown out of the Alexander Palace event. God knows what he did. He was rather posh, maybe he was thought to be too straight, but I got Hoppy to get him back in. The Who actually performed at one of the last IT Roundhouse events, with Elton John’s new band. By that time IT and Hoppy had lost control of the London hippy scene and it was being taken over by the old guard of promoters.