Under the arches – ghost signs of London

Herne Hill’s subway tunnel is getting a makeover. The process began with the stripping away of some old panels that lined the passageway. That revealed some strange and ancient tribal wall markings that nobody will have seen for years.

What can they mean? 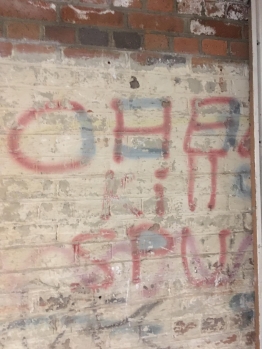 The graffiti can be dated fairly precisely by some of the political messages that were also exposed in the renovation. One is a stencil saying “No cruise”, while the other features the tattered remains of three “Militant Miner” posters, which would have been stuck on the wall around the time of the Miners Strike in 1984/1985.

You can see a clearer version of the Militant Miner poster here. 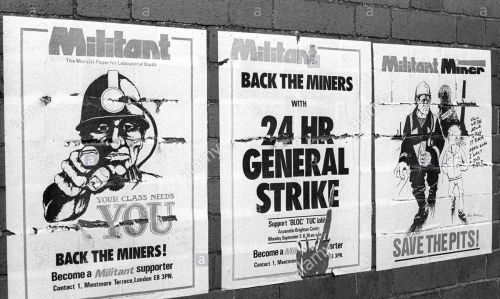 I find it fascinating to see this sort of ephemera uncovered after more than 30 years. It’s a brief insight into an older London that was always there, within reach but out of sight.

The other wall of the tunnel has yet to be stripped. What further social history wonders lie beneath?