Back when this blog was young, I wrote about the Temple of Mithras in the City of London, which was then embedded in concrete outside Bucklersbury House – an entirely unsympathetic treatment for what was one of London’s finer Roman sites. 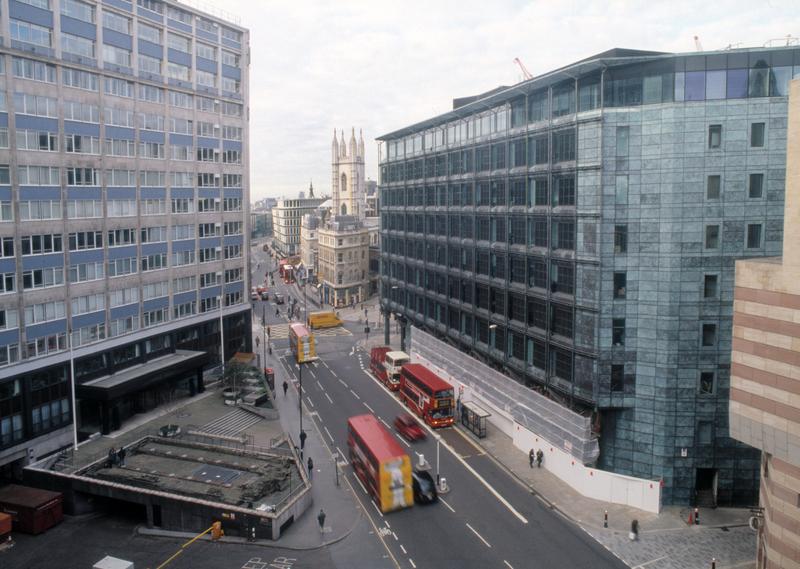 The temple had been discovered by chance after the Blitz and became a hugely popular tourist attraction for a while but was then encased in concrete in a bizarre treatment, instantly turning something important and kind of heroic into the hopelessly banal. Here was a site that told several important stories about London and it looked like an unfinished courtyard. 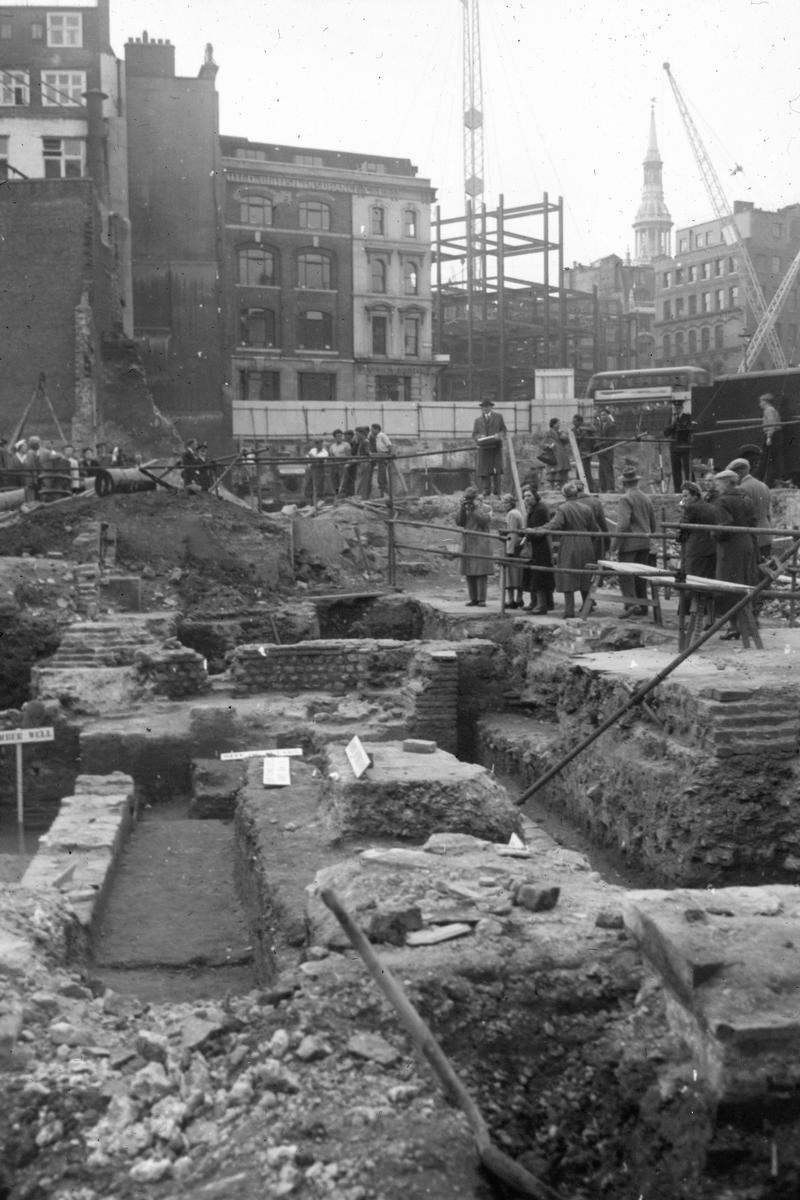 Well the temple has now been restored to its rightful place, several metres below the street underneath Bloomberg’s new HQ on Walbrook. Bloomberg have not only restored the temple, they’ve also given it a new name – The London Mithraeum – and have opened it to the public free of charge. It now as all the solemnity and integrity missing from the old temple site. 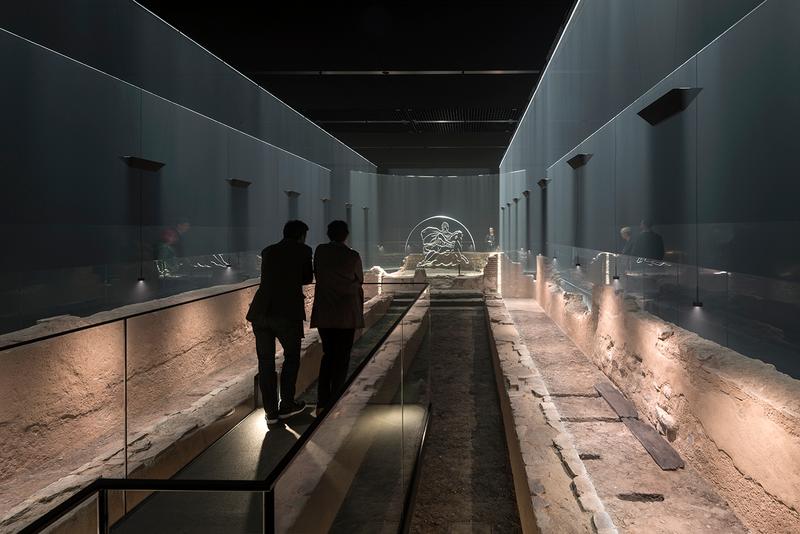 It’s an almost minimalist space, stacked over three levels. The ground–floor introduction is a wall of Roman finds from the Walbrook valley, which are a tiny sample of the thousands archeologists have recovered. This is a currently rather popular way of cramming in a lot of visually arresting items from everyday life, and in this case includes toys, arrows, rings, amulets, wooden paddles, shoes and writing pads, one of which contains the first written example of the word London. They nearly all date from the very earliest Roman arrivals, as the Walbrook was culverted within decades of the city’s foundation and used as a rubbish heap. That partly explains why so much was found here, although god knows what has been lost in past reconstructions of the City. Apparently even after the Blitz, a huge amount of rubble from here was simply dumped without anybody sorting through it to find items of archeological significance. Incidentally, Bloomberg have also installed a rather nice sculptural reimagining of the Walbrook in the pavement outside their office, though I’m not sure how it will age. 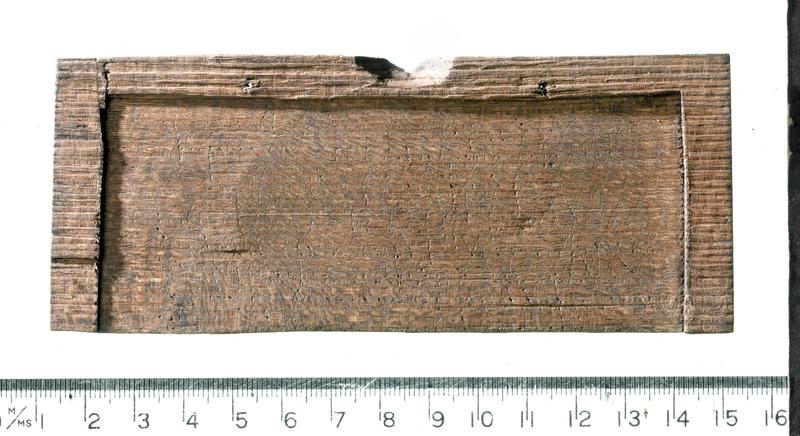 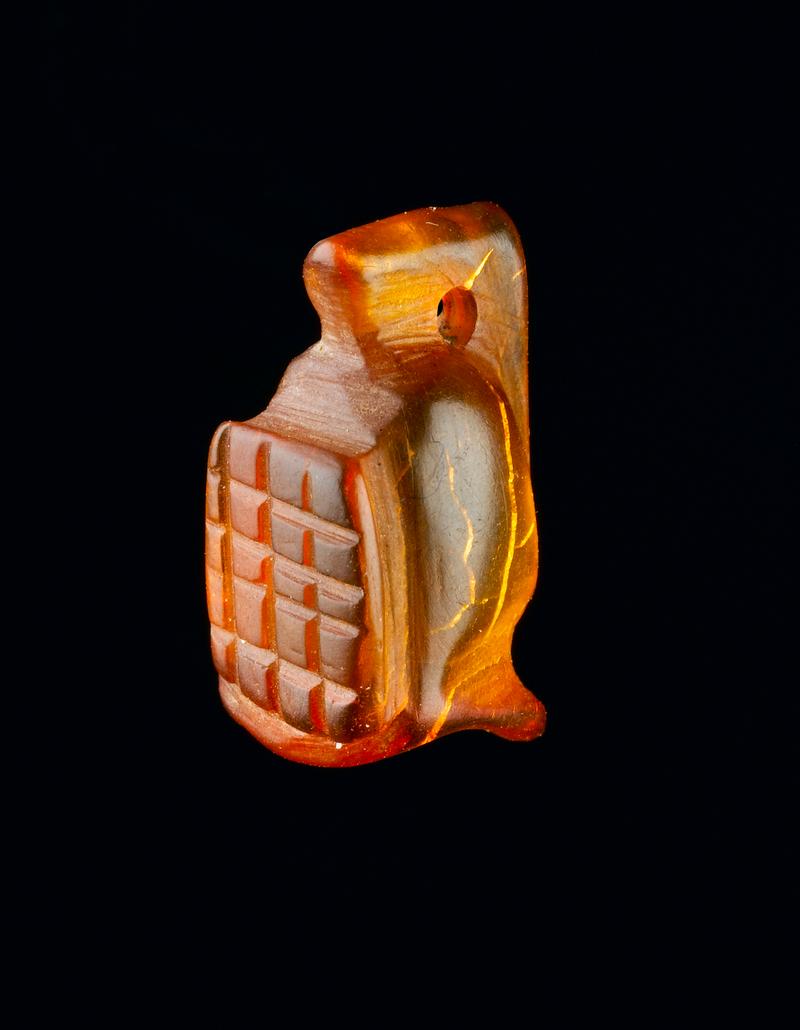 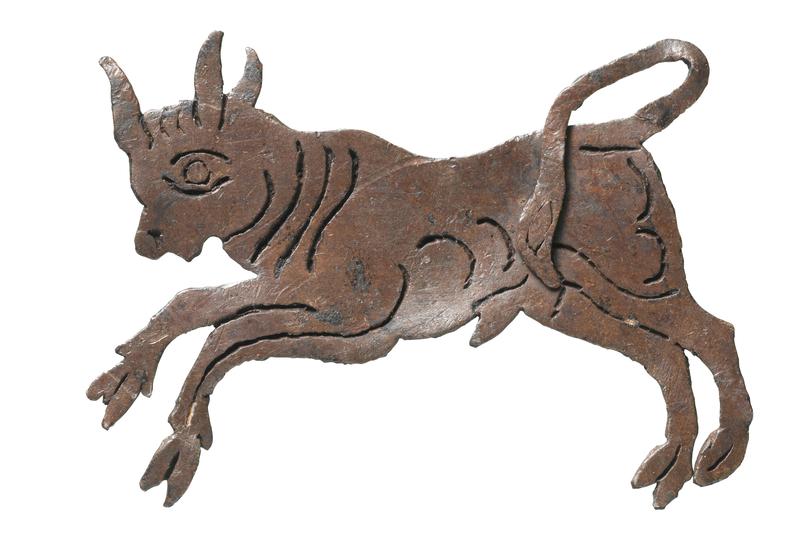 The Temple itself dates to the 3rd century. Stairs take you down to the old Roman street level and a sparse atrium, where three digital lecterns allow visitors to explore the cult of Mithras. As part of the process, Bloomberg brought together various Mithran scholars and some of this information is fed into the audio-visual material. Shadowy interpretations of Mithran themes – the zodiac, bulls, wind –  are screened on the walls. The room also acts as a holding room before you go into the Temple site itself.

The Temple’s complete footprint has survived, which is part of what makes it unique in London. It has been pieced back together following the botched 1960s effort and then the entirety has been carefully reconstructed on its old site. Bloomberg have decided to work only with what they have – there’s no extraneous sculptures, no attempt to recreate an ersatz version of a reimagined interior. Instead, the columns of the Temple are cleverly evoked through light sculpture, while a slightly spooky tape of a Roman ceremony is played. Bloomberg haven’t even installed models of the sculptures from the site which are now in the Museum of London as they don’t want to use fabricated material and they can’t be entirely sure where they would have been placed. The exception to this is the clearly modern tauroctony showing Mithras slaying a bull, placed at what we think would be the altar.

Round the back of the altar there is also a rather prominent oyster shell buried in the brickwork. This was given to somebody who visited the rediscovered Mithras temple in 1954 and who returned it shortly before her death. 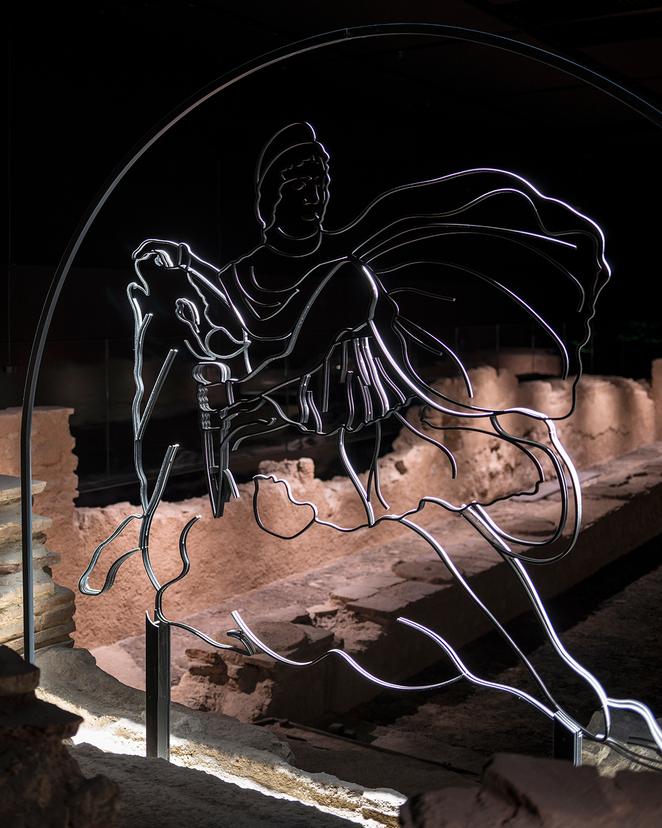 Bloomberg’s Mithraeum is slightly mysterious and sinister, but that’s not so much because the Mithran cult was particularly secretive, it’s just that we don’t know all that much about them. It’s also pretty tasteful – although the Latin incantations wobbled towards the theatrical side. But the drama is better than what was there before, and what’s particularly impressive is that Bloomberg didn’t really have to do all of this. They were always going to reconstruct the temple – it was a condition of their planning permission – but they’ve done a much more thoughtful job of it that many companies would. It’s probably nice for them to have such a striking slice of history in their basement – and it’s certainly good for the company profile – but it’s also a major commitment to provide such open access to the public.

It made me think of other London subterranean treasures, like the Tudor wine cellar that’s suspended underneath the Ministry of Defence. A fascinating and unusual space that the public never get to see. The London Mithraeum, by contrast, is now open for everyone. 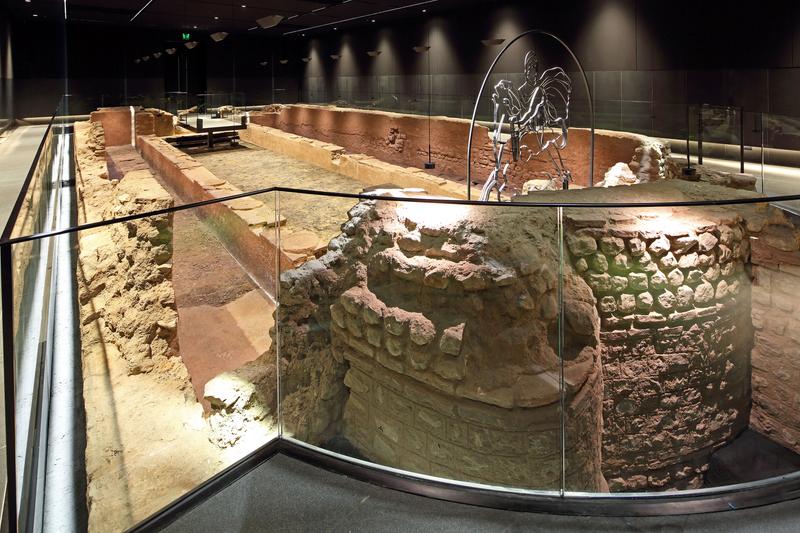 All pictures courtesy of MOLA.

One response to “The London Mithraeum”