On the buses: the first ten routes

Recently, I’ve read a couple of good stories about London bus nuts. There was one on City Metric about the nice German bloke who wants to travel every route and another in Guardian Cities about the guy who wants to ride 200 in 24 hours – though as he only has to ride one stop on each, I’m not all that convinced.

This got me thinking about my own bus travelling endeavours. It began while I was dozing through a meeting on the eighth floor at Time Out, Tottenham Court Road. We were brainstorming ideas for the section I edited, The Big Smoke, and increasingly aware of my own non-contributory silence, I suddenly found myself picking up a thread. Somebody had suggested, I think, doing a piece about the towns at the ends of every tube line, but my brain decided to take this basic concept several steps further, from the realm of the relatively sane into that frightening place where logic, stupidity and over-ambition combine.

“Why don’t I take every bus in London?”

The fear hit me straightaway. What had I just said? Why had I said it? But Gordon, our voluble editor, was the sort of man who liked to greenlight six impossible ideas before breakfast, and he was enthusiastically in favour. There was no going back on this: On The Buses was born. Every week, armed with a camera, notepad, pen, all-in-one transport map and the desperation of a man with a large hole in his flatplan, I’d leave my colleagues and trot off to some godforsaken corner of London to catch a bus that would take me to some other godforsaken corner of London, where I’d then find the only way to get back to civilisation was via the bus I’d just got off.

In the end, I chose to embrace the reality of my bus-travelling future. There were positives here, I told myself. I could get to see parts of London I’d never usually visit, and as a writer it was an interesting challenge, having to write what was essentially the same column every week while keeping it fresh and amusing. You don’t realise quite how many buses go through Trafalgar Square or Oxford Circus until you decided to write about every single one of them.

I also thought that in difficult times for the print trade this was a handy insurance against the sack: there were several hundred routes in London and surely they couldn’t get rid of me until I’d finished them all?

More fool me. A year or so later, Gordon was replaced by another editor, a man who I’d guess has never ridden a bus in his life and simply didn’t understand why anybody would be interested in such hideous things when you could simply get the BBC to hire you a cab to whisk you from the TV studio to Primrose Hill. We were rarely on the same wavelength, and in one of our first meetings he asked how many bus routes I still had to do. About 650 I told him. ‘I was worried you might say that,’ he replied. Like a man waiting for the No 68 on Herne Hill and spying the X68 coming up the road, I knew precisely what horrors lay ahead.

In a bid to shore up my position  – or possibly I was just being provocative – I then wrote a long feature about other bus enthusiasts. Early in my journeys, I’d received a letter from a woman who was also riding every bus and then during one idle afternoon in the Time Out library, I’d discovered an old bus column written by Alexei Sayle. Clearly there was both a history and a present here; it was living heritage. Exploring the internet further, I discovered there were several of us, including several retirees, plus a lovely bloke called Ben, and an artist, doing a project. Look, I was telling the editor: we are a tribe. We are on trend. People really do like buses.

It made no difference. Within weeks, the column was axed. Within months, I was too. The bus dream was over, and I’d barely made it into the 60s.

For those who care, here are the first ten On The Buses. More available on request. 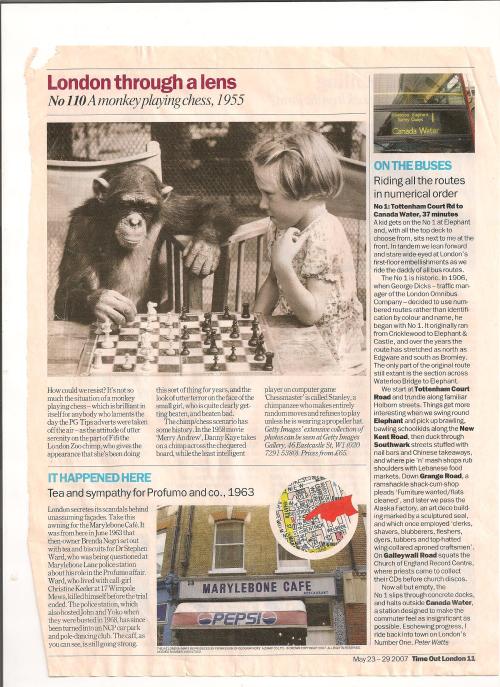 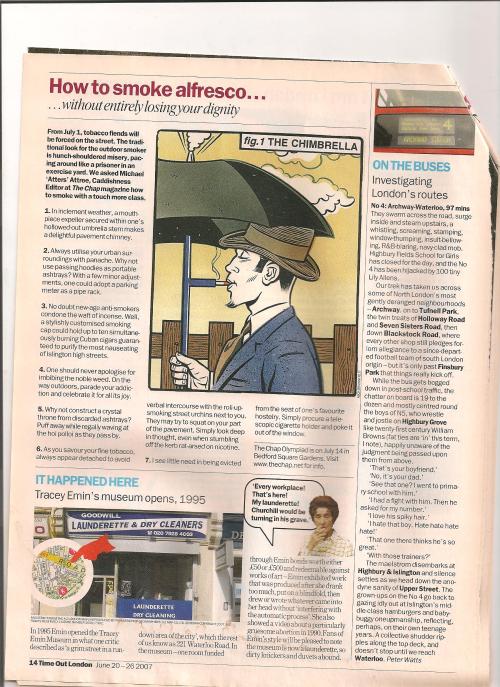 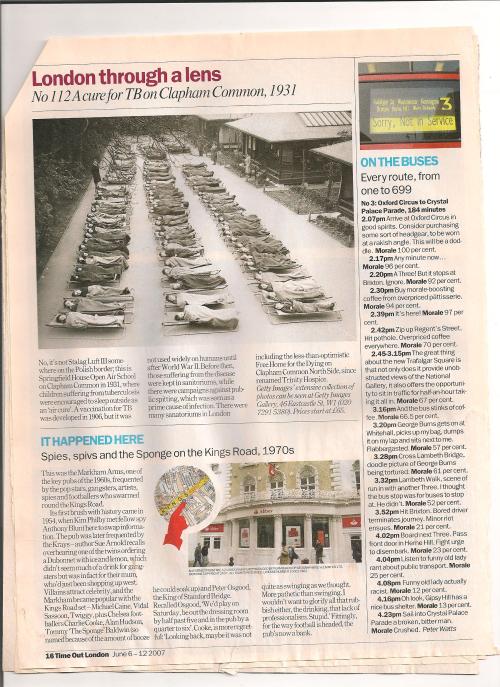 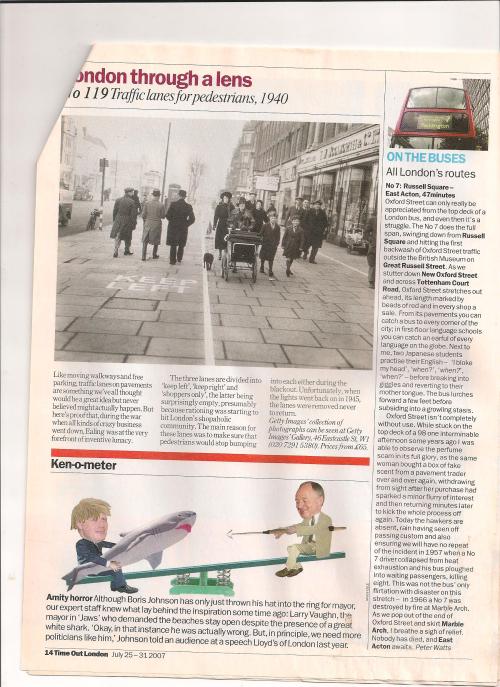 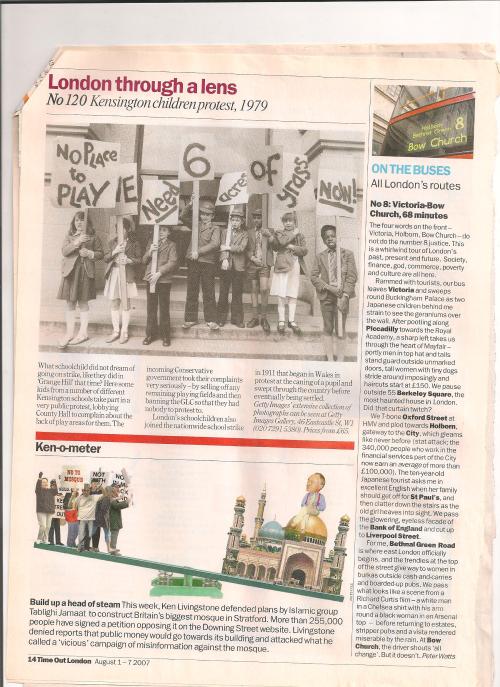 3 responses to “On the buses: the first ten routes”