I’m of the generation that doesn’t really get Hallowe’en. Growing up in the South London suburbs, it wasn’t something that happened much. There were ghost stories, and one Great Aunt, who had lived in America for decades, would give us extra sweets while waiting forlornly for local children to come knocking dressed as Communists, but trick or treaters were rarely sighted.

For my kids, though, Hallowe’en is a big deal. And even if the temptation is to dismiss the whole thing as a ghastly imposition from America, you can see the appeal. However, it would be churlish in the extreme not to admire the effort some households go to make it a memorable evening for local children. In Herne Hill, one elderly men had spent hours draping his hedges in cobwebs, while another family had a fake gravestone in their front garden. And then there were the pumpkins. As a Hallowe’en neophyte, many of the presumably age-old American traditions – like leaving lighted pumpkins outside to show you are in on the act – are entirely new to me, which meant I’ve rarely seen anything like the intricate carved pumpkins created by Herne Hillers in a magnificent game of artistic oneupmanship. 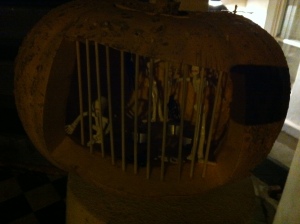 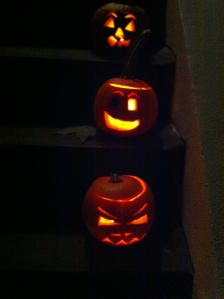 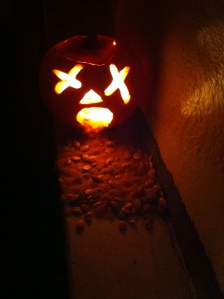 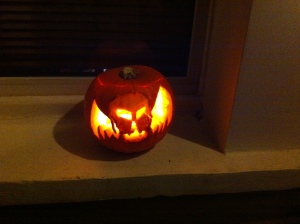 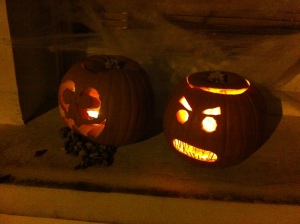 2 responses to “Pumpkins of Herne Hill”