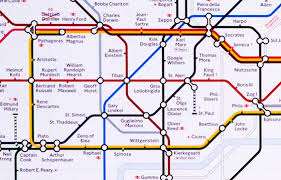 One response to “Art of Mapping at Air Gallery”