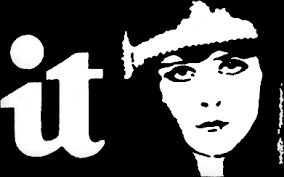 2 responses to “London’s underground press: IT and OZ and the psychedelic left”