Kicking off about FIFA 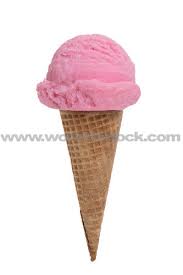 It’s the same with football games on the computer. I love computer games and love football, but I hate football games on the computer. I recently picked up FIFA 09 at Oxfam, but even at £3.99 it was against my better judgment. I know I won’t like it. Too difficult, too boring, too realistic. I haven’t even taken it out of the case yet, having been let down by every FIFA and Pro Evo I’ve played since the PS2.

It wasn’t always like this. In 1990, I bought Kick Off 2 on the Amiga and fell in love, despite the Palace away kit on the loading page. 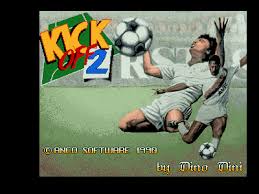 I am not much of a stayer when it comes to games – the only one I’ve completed is Deus Ex – but I came this damn close to mastering Kick Off 2, and was pretty much unbeatable when I stuck R Shaw on the wing in the unfashionable 4-2-4 formation.

The joy of Kick Off 2 – and Sensible Soccer which followed – was that it was very much a game, arcade-style, unrealistic, stupidly fast, a bit daft and a total laugh-riot. It was pretty much instant fun. This was not an attempt to recreate the tactical and technical complexities of football on your computer screen because the only games that embraced reality back then were Flight Simulators, which your dad would buy in the forlorn hope they would turn out to be educational. Yeah, nice try Dad!

Kick Off 2 wasn’t educational and it certainly wasn’t a ‘simulation’. It was a game, thrilling, stupidly fast, end-to-end football with crazy banana shots, mad sliding tackles and a goalkeeper who could always be beaten at his near post. More like air hockey than football.

This is beautiful. I could watch it all day.

The early Pro Evolution and FIFA games on the first-generation consoles understood this, while improving the graphics, changing the camera angle and throwing in some insane ball skills. But as the hardware got better, the games got more complicated, the learning curve steeper and dread realism took over. Now, when you make a sliding tackle you don’t go from one end of the pitch to the other taking out everything in your path in the process, you just get booked. Your strikers are always offside, your wingers fall over when they try to do a trick and your midfield simply doesn’t exist unless you play 4-5-1 and try to squeeze out a tight 1-0 in every game. Ooh, but aren’t those facial expressions so real! And listen to the crowd! This must be good.

Well it’s not, it stinks.

But despite this, the FIFA and Pro Evo get great reviews and sell by the bucketload, presumably to grown men and women who enjoy suffering and teenagers who spend months at a time in front of the screen and are able to beat Brazil 8-0 with AFC Wimbledon and make their players hover in mid-air while preparing epic bicycle kicks like this final scene from Hotshot.

But for me – and sometimes it seems like it’s just me – the modern football simulation is a profoundly unsatisfying and dispiriting experience, tedious, frustrating, blister inducing and a long way from fun.

3 responses to “Kicking off about FIFA”