“In winter, we hibernated”: Christmas on a London canal

I wrote this piece for the Canals & River Trust about winter when I used to live on a canal boat in London.

Everybody has a dream. For London cabbies, it’s ‘riding the green wave’ – that is, to hit only green lights when driving along the Euston Road, surfing the inner city highway entirely unhindered by reds and ambers. For boat dwellers, the dream was a little different: we wanted to ride the red arc, to light a fire at the start of winter that would keep burning until spring, a constant five-month blaze that required no further feeding from firelighters or matches.

I’m not sure anybody managed it. There were rumours about the more calloused boaters, the ones who could measure out their boat life by the decade and bled pure diesel. I know I didn’t. Far from it. For the first few years I lived on my narrowboat at Lisson Grove, I could barely keep a fire alight for a single night. I blame it on my stove, a gargantuan pot-bellied top-loader that was far too big for my tiny boat and practically impossible to control no matter how diligently I layered firelighters, kindling, newspaper and coal, or fiddled with the grate, trying by fractions of an inch to get the perfect draft. Instead, it would burn ferociously hot, so much so that if I wished to sleep amid the inferno I would have to fling open the back and front doors no matter what the weather outside. Invariably, I’d wake icily at 3am to find the fire burnt out, and bury myself in blankets until dawn. A cold boat was not a pleasant place to spend the morning; often I’d have to break the ice that formed in the sink overnight.

Later, I acquired a more controllable stove and would pride myself on keeping it burning for weeks at a time. This allowed me to appreciate the smothering splendour of boat life in winter. For half the year, living on the canal was an outdoors and sociable affair. This was partly a matter of comfort. Boats are largely made of glass and metal, so get very hot very quickly. It’s like living in a car. To combat this, doors were always open and much time was spent on deck, gossiping with neighbours. This easy familiarity would lead to impromptu barbeques that became boozy weekends, with individuals dropping in and out as the mood struck but the essential body of the party remaining intact from Friday evening to Sunday night.

Then in winter, we hibernated. Returning in the evening gloom, even before you reached the canal, you’d catch the homely smell of smoking coal. The towpath would be still, and on every boat, doors and curtains would be closed against the cold, chimneys puffing cheerily away. While summer was a buzz of conversation, hailed hellos and clinking bottles, the sound of winter was the stolid rattle of a coal scuttle being filled. We still visited each other, enjoying wine and warmth and admiring our neighbours’ stove-lighting technique, perhaps exchanging views on the best type of coal to use. But this was an altogether more internal time, drowsy days spent deep within the boat, and, as winter peaked, in contemplation of the view outside. Almost every year the slow-moving canal would freeze grey-white, startling, beautiful, and so close at hand it felt as if your boat had moved overnight to another planet. This virgin layer of ice would gradually get more battle-scarred as the kids from the local estate attempted to smash the surface with increasingly oversized objects, graduating from stones to bricks, until with inevitable surrealism, you’d wake to find a shopping trolley embedded in the ice.

Although our winters were essentially insular they were not entirely so. Many boaters spent Christmas Day on the canal, staggering sociably from boat to boat, admiring each tiny decorated fir and fairy lights slung along gunwales. And, for the Millennium, we held a party every bit as spectacular as any summer barbeque, watching the Thames fireworks from Primrose Hill and spending four solid days carousing, before, one by one, we slipped away, to see out the rest of winter from the cosy comfort of our floating dens.

Snapshots of a lost London from home movies

I have been doing some work for Film London’s London Screen Archives which involved watching hundreds old home movies, news reels and promotional films made in and about London. Many of these have been donated by families to local archives, others were made by councils or boroughs, or were newsreels acquired by the BFI, such as the above of Chiswick pool in the 1920s. Collectively, they give a glimpse of the past, showing how people lived, what they wore and ate, how they decorated their homes – even how they chose to behave in front of the camera.

Some of these films will be screened in Film London‘s new Kinovan, a mobile cinema that is travelling to different boroughs showing old footage of life in the area. Home movies are a fascinating and often neglected treasure trove of historical footage, inadvertently revealing so much about the past. I’ve collected some stills from home movies I’ve been watching to post below – and if you have any home movies you wish to donate to the collection, you can do so via The Bigger Picture project. 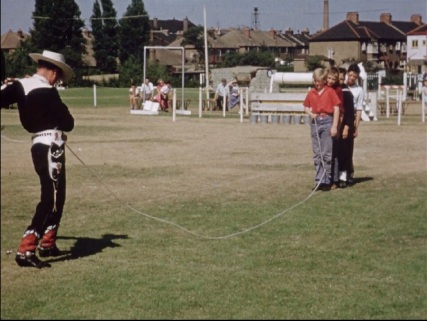 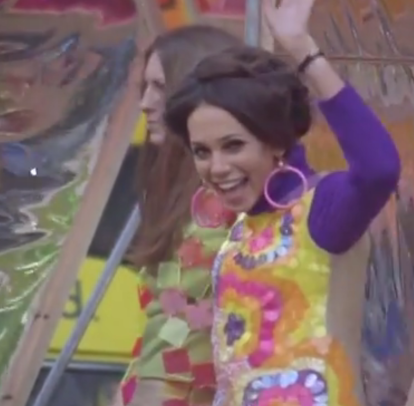 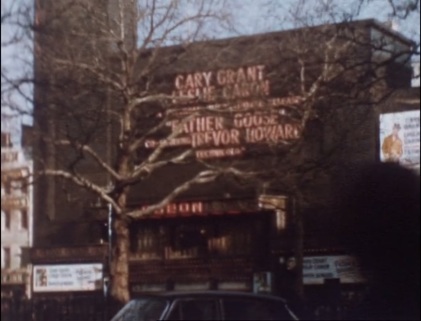 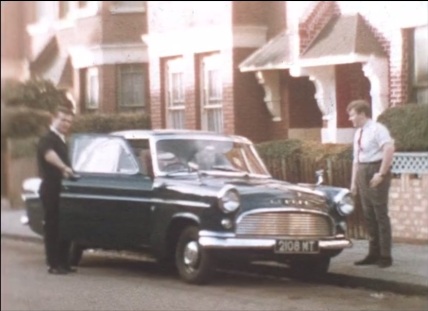 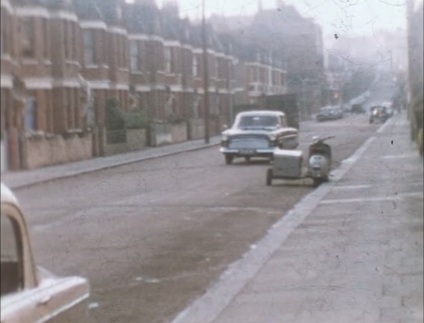 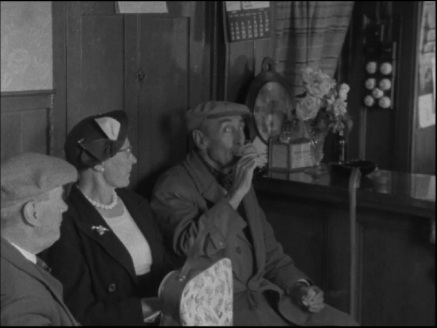 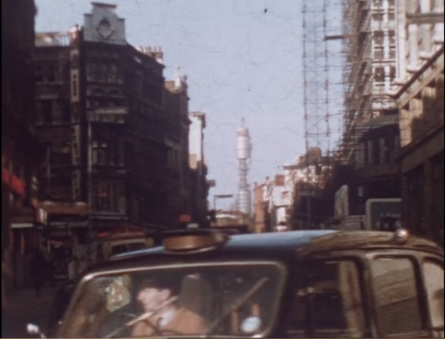 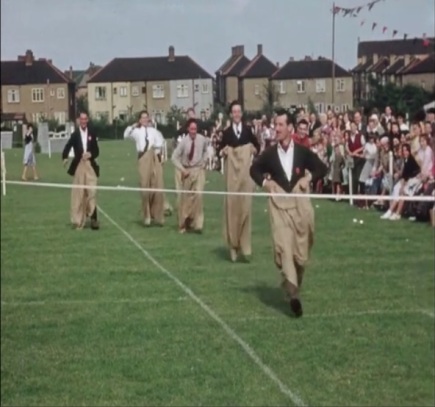 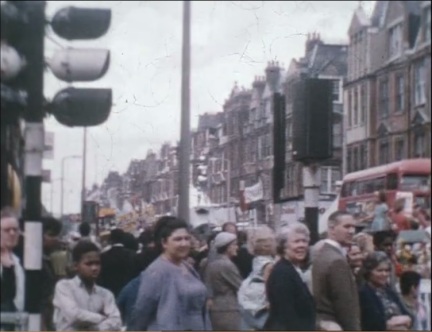 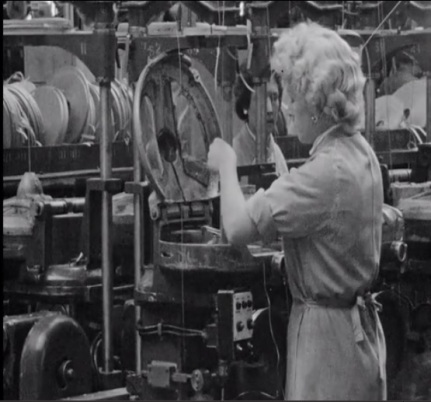