Andy Coulson: getting it

In 1999, I happened to share a dinner table with the recently disgraced Tory director of communications Andy Coulson.

Coulson was then editor of the Sun‘s Bizarre column and he spent a large part of the evening holding court and talking loudly about those celebrities who ‘got it’ and those that didn’t ‘get it’. Chris Evans ‘got it’ he said, but Hugh Grant didn’t ‘get it’.

‘It’ was that the celeb in question understood and accepted that having their names, families, relationships and reputations trashed each day in the tabloids was all just a bit of fun, fair game, cheeky banter, part and parcel of what comes with being famous. Evans went along with it and didn’t complain; Grant, on the other hand, was less compliant.

After what’s happened in recent weeks, I can’t help but wonder whether Andy Coulson ‘gets it’. 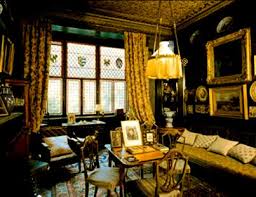 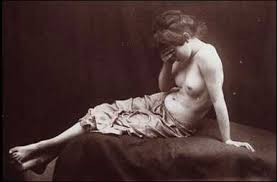 Secret London: the riddle of the Farringdon spoons

I first saw these spoons several years ago stuck on a wall in a miserable stairwell under Farringdon Road near Mount Pleasant. Nobody seemed to know anything about them or where they came from – the only reference I could find is a passing mention in this interview with the Greenwich Phantom on Londonist.

I walked past them again the other day and tweeted about them. An answer came back within half-an-hour (from @mrrylln), who said: ‘They have been up there for about 10 years. The stairs were used by heroin addicts a lot… hence the spoon H-shrine.’

Not the most romantic of explanations, but an explanation all the same. Chalk up another one to Twitter.

My life as a spy

Spies have been in the news recently which got me thinking about my brief dalliance with the half-life of espionage.

I was asked to go undercover by the Sunday Times in the mid-90s. and this assignment opened my eyes as to how journalism really works, for good and ill.

I was 19 and working on the sports desk as a dogsbody, tea-maker, fact-checker and column-writer. The call went up from the sweaty suits in the newsroom – they needed volunteers who were under 25 and hadn’t been to university. My sports editor put me forward, so for the first time since the Lesbian Avengers broke into the building and chained themselves to the desks, I trundled into the office where the serious journalists worked.

The story went thus: the ST editor had been having dinner with an old friend, who told him that some universities – mostly former polys – made it far too easy for students to get their degrees. Some of the tutors practically wrote the essays and answered all the questions in exams. They did this, so I was told, to increase the pass rate, which meant the universities got more funding.

The editor thought it would be a whizzbang idea if he sent a couple of journalists undercover, to enrol as students at former polys and reveal this nefarious business to our readers. And on this flimsy basis, I was to be given a large weekly stipend, leave of absence from the sports desk and an unlimited supply of pink chits – the blank taxi receipts that were the most highly valued currency in the building.

So I did it. I went to the University of North London on Holloway Road and enrolled in the only course they had left: Irish Studies. I was comfortable with this. I had recently left a Catholic school, so I’d been surrounded by plastic paddies for the best part of a decade, drank Guinness and could name the Republic of Ireland first XI without flinching. I came up with a cover story about my dad being from Ballymena but never talking about his Irish heritage, and winged it from there. They probably smelled a rat straight away – nobody was shy of talking about their Irish background in the mid-90s, when the craic and Big Jack were all the rage.

My brief was to get close to the students and ask them leading questions about the nature of the tutoring they received, so I went to lectures and then hung out with my fellow students in pubs, drinking on expenses and getting free cabs home. It was quite the thing. Who wouldn’t relish the chance to get to play at spies?

Like a double agent, I strung both groups along for a few weeks – the students, cos I it was fun; the journalists, because my access to taxi receipts had made me a minor legend among the peewees in the corridors of Wapping. But the whole thing was making me increasingly uncomfortable – having to lie to everybody – and I was really very bored of studying, so I wrote a heroically non-committal wrap-up memo to the news editor and then got the sports editor to insist I was recalled.

Another journalist had enrolled at a different University and he stuck it out. After he’d done a full year, he ended up writing a SENSATIONAL two page expose that amounted to a whole lot of nothing, as he freely admitted.

And what did I learn from all this? A few things, all chastening. One was that newspapers made decisions about stories based on whims or chance encounters, and would follow these through to the bitter end even when it was clear there was nothing to write about, and that I wasn’t very good at doing this. Even if it had been a good story, I wasn’t tenacious enough to exploit it.

The other was that I would never be a successful spy.

Is that a flagpole on your portico, or are you just pleased to see me?

A row has been going on for the past couple of weeks concerning Amnesty International after an employee, Gita Sahgal, accused the human rights group of getting too close to Moazzam Begg, a former Guantanamo Bay detainee with questionable beliefs, particularly with regard to the treatment of women. Sahgal has a point, and a host of media columnists have lined up to offer their support for the suspended Sahgal, describing her as a ‘principled feminist’, which I am sure she is.

However, having seen at first hand the way one such supporter behaves around women, I’ve been biting my lip both in horror and in hysterics. This is not a man who I would ever describe as a feminist, or even a friend of feminists. Or at least not a friend who I would want to leave alone with my girlfriend.

It was a book launch and said commentator arrived drunk, boisterous bordering on the boorish; hawk-like eyes followed certain women round the room. So far, so sleazy, so what? But things escalated. At least two women had to fight off – literally – unwelcome but persistent advances.

The crowning glory came later on, after I had left, when the party repaired to a nearby wine bar and were assembled at a table. ‘Tell me,’ he slurred to his neighbour, while waving airily in the direction of two of his victims, ‘which one of these dumb bints is the easiest?’

What was it Stokely Carmichael once said when asked what position women should take in the Black Panther movement? ‘Any, as long as it’s horizontal.’