Although I’ve lived about a mile from Brixton Prison for over a decade, the closest I’ve ever got to it is the view from the top of the nearby Brixton Windmill. From there, the bleak wall of the building can be glimpsed. It’s a miserable contrast to the uplifting presence of the windmill, but for some prisoners the unexpected sight of the windmill from their cell brings real solace.

The prison is now the subject of a very readable history, The House On The Hill by Christopher Impey and published by Tangerine Press. Impey tells the story of the prison in breezy bite-sized chapters, switching from general history to extended anecdotes as required. In the process, he shows how Brixton evolved as attitudes to prison and punishment have developed. 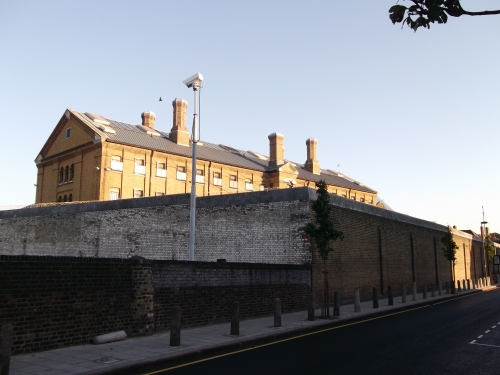 For fans of psychogeography or coincidence, some of this evolution travels along parallel lines. When it was first constructed, the prison had a giant treadmill, on which prisoners were forced to march all day. This produced flour to make into bread. The treadmill is gone, but the prison today has a bakery, founded by Gordon Ramsay. It also has an award-winning restaurant, the Clink, and is home to the studios for the National Prison Radio.

Brixton has had a variety of uses and been rebuilt several times. Originally it was constructed as a local prison for Surrey, but it’s also been a women’s prison, a military prison and, most famously,  a remand prison for those awaiting trail in London. It was briefly planned to be used as a site for hangings – a gallows was constructed but never used after a local outcry. The building is now the prison gym.

It as a remand prison that its best known and this period saw it welcome many of its most famous inmates, among them Mick Jagger, Bertrand Russell and the Krays. Over the years, it’s housed a number of politicians, including in 1921 a group of 24 Labour councillors from Poplar who refused to pay precepts to the LCC, water board and others. The politicians were able to use their savvy to gain extra benefits, and even held 32 council meetings at the prison – six female councillors at Holloway were ferried over to take part. They were released after six weeks. During the Second World War, it was Oswald Mosley and other homegrown Nazis who were demanding additional privileges. One prison officer complained, “I have to line up at shops for my cigarettes. The Fascists get all they want. They smoke all day. The play table tennis. One of them even has a pet budgerigar.” 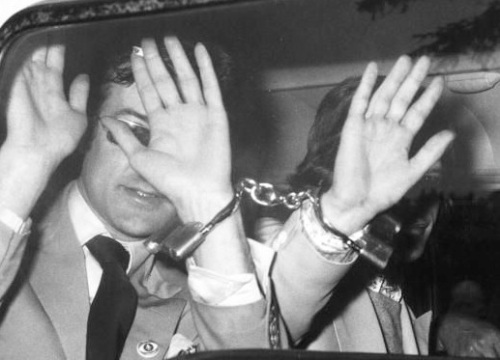 One lesser known prisoner was Colonel Victor Barker, who was arrested in February 1929 and brought to Brixton after going bankrupt. During the requisite medical examination, the Colonel asked if he could wear his vest. Would the doctor take his word that there was nothing wrong with him? The doctor refused. At which point the Colonel confessed that he was a woman. The doctor agreed, noting that Barker was “well developed woman, obese” with breasts “fully developed and pendulous”. Barker was swiftly sent to Holloway.

Colonel Barker had been born Lillias Irma Valerie Barker. She had started to live as a man ten years previously. Astonishingly, she had married – her wife had no idea she was living with another woman and declared the honeymoon “perfectly normal”. After serving nine months for perjury, Barker was released to huge crowds of fascinated onlookers. He continued to live as a man and died penniless in 1960 in Lowestoft.

This entry was posted in Architecture, Books, Brixton, History, Politics. Bookmark the permalink.

One response to “Inside Brixton Prison”