How a shoe can teach the Holocaust

It starts with a shoe. An old shoe, scuffed, brown and small. It’s old and battered, and has been carefully re-stitched at the back where the seam has come apart. A classroom of Year Nine schoolchildren are asked what they can tell from the shoe just by looking at it. They agree it once belonged to a boy and that it’s been repaired a few times – perhaps by a family too poor to buy a replacement – but at some point was lost or thrown away.

Then the teacher tells them where the shoe was found, in Poland, outside a village called Oswiecim, and that it probably belonged to a boy from Hungary, who would have arrived there on a train with his parents nearly 60 years ago. After getting off the train, he would have been told to remove his shoes while he went to take a shower from which he would never re-emerge. Oswiecim is the place that we now call Auschwitz. 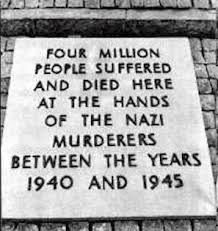 The Holocaust is a daunting topic for schools. Pupils can be overwhelmed by the sheer scale of the genocide, and troubled by the complex emotions it can raise. For their part, teachers can struggle to define the Holocaust correctly, or explain why it happened and what made it so uniquely horrific.

Which is where the shoe comes in. ‘There are lots of issues when teaching emotional subjects like the Holocaust,’ says Paul Salmons, who created the Holocaust Education Development Programme (HEDP), a course prepared by the Institute of Education to help secondary school teachers. ’It has the potential to raise profound questions and move children very emotionally. This course tries to balance an emotional engagement with a cognitive reflective approach.’

The story of the shoe, explains Salmons, ‘isn’t just intended to get an emotional reaction, it is to raise questions in response to the children’s emotional encounter.’ So after the children are told about the shoe, they are encouraged to ask questions. What happened to the boy’s parents? Why did they allow him to die? Why was he killed at all? From here, a discussion about the Holocaust and its repercussions can begin, with teachers using material taken from the HEDP website. It is a fascinating and intuitive way to introduce the subject, immediately bringing something huge and monstrous down to a level that a child can comprehend.

The course was developed in response to research conducted by the IOE in 2006. This showed that while the Holocaust was widely taught in schools – it has been on the National Curriculum since 1991 – there were many areas where knowledge was lacking. The research also revealed that 77.5 per cent of teachers wanted professional guidance, finding it difficult to convey the enormity of the genocide without inundating children with brutal images.

‘It is important children learn about the Holocaust because of its significance in world history, but it’s equally important not to traumatise them,’ says Salmons. ‘We have a history of human atrocity that’s also a history of forgetting and until the Second World War, nobody tried to analyse man’s capacity for self-annihilation. So we see the Holocaust as pivotal in understanding certain things about human nature and important for children’s social and political education and historical literacy.’ 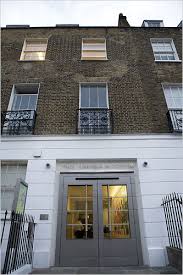 This is done without using images of heaped corpses or film of mass executions. On the first day of the course at London’s Jewish Museum, tutor Kay Andrew tells the 15 teachers that this is ‘not about threatening or graphic images. Traumatic images can be seen as leading material.’

Peter Sullivan, a history teacher at Forest Gate Community School in East London, concurs. ‘These images can actually lead to arguments about holocaust denial – kids will say that they were staged or are of prisoners-of-war who died of natural causes – so we try to use more specific material to avoid pointless arguments.’

Is Holocaust denial really a problem in secondary schools? ‘You do get some of the Muslim kids, not so much in denial, but arguing that they deserved it because of the way they treated Palestinians. A percentage cannot differentiate between Jewish and Israeli and don’t have the life experience to put it into the proper context. It’s not just the Muslim kids, just up the road is Barking and Dagenham where the BNP are active, and when Nick Griffin says “I can’t deny the holocaust because it is illegal to do so” you know exactly what he’s saying. We have to combat that.’

Salmons says ‘The issue is more Holocaust diminishing or trivialisation,’ he says. ‘The way it can be used to suit different agendas or to promote a cause.’ He cites the example of the invasion of Iraq, when ‘there was a tendency to equate Saddam Hussein with Hitler in a fairly unreflective way perhaps designed to mobilise people behind a policy, which should have been argued on the merits of whether it was right or not, not by appropriating something powerful from the past. If young people are aware of what really happened, then they are better equipped to make that judgment for themselves.’ 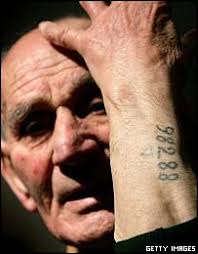 The course puts the Holocaust into context. On the first of two days, Andrews covers a number of different topics that have little to do with genocide itself. Teachers look at the diversity of pre-war Jewish life to ensure teachers don’t present the 6 million as a faceless monolith, and are asked to consider different forms of resistance and resilience to escape notions of the Jews as passive victims. The story of Leon Greenman, a British-born Jewish man who lived in Holland and whose family was killed in Auschwitz, runs throughout the course. ‘Leon was taking about his experiences from the very beginning,’ says Andrews. ‘We have archive of him talking to the BBC in 1945. He remained active in anti-fascist politics and received an OBE from the Queen, so you can explore the influence of the Holocaust through the life of this one man.’

The course does not neglect the other Nazi crimes, including the persecution of Jehovah Witnesses, Communists, homosexuals, the disabled and the Roma. Salmons explains, ‘We take an academic definition of what the Holocaust was – that it was the genocide of European Jewry by the Nazis and their collaborators – but you have to look at other victims. They are part of the broader context and a lot of these crimes overlapped, but if you lump them together and call them the ‘Holocaust’ it ceases to have much meaning, because the differences are as important as the similarities. With the genocide of the Roma-Sinti, there is a parallel to the Holocaust but one that has its own name – the Porajmos – and it needs to be studied with its own significance.’

The course is part-funded by the Pears Foundation, a philanthropic venture who have recently invested £1.5 million in the UK’s first Institute for the Study of Antisemitism at Birkbeck and donated funds to London’s Wiener Library, the world’s oldest Holocaust library.

Improved understanding of the Holocaust in schools could help combat increasing anti-Semitism, but Salmons says it isn’t as simple as that. ‘We don’t cover contemporary anti-Semitism, but do try to understand the historical and ideological anti-Semitism of the leading Nazis. But we also explore how you didn’t have to be anti-Semitic to be complicit in genocide, you just had to benefit from it. Many Germans bought the goods of Jewish neighbours in auction, which means they give tacit approval. We hope that young people aren’t racist, but they can still be unwittingly complicit in all sorts of injustices without having any personal or ideological prejudices.’

2 responses to “How a shoe can teach the Holocaust”