A punch up the bracket: BS Johnson and Anthony Aloysious St John Hancock

In a comment on my previous post about BS Johnson,  BB writes: ‘To issue a threat ending in “up the bracket” is so much of its time it made me laugh out loud. I had a couple of jobs that involved working with men in their late 50s and early 60s, real Londoners,  and they had a particular argot and mode of expression, which was always making me laugh. Enquiring as to whether you wanted a punch up the bracket was a regular occurrence.’

I also love this phrase, and associate it with another of my heroes, Anthony Aloysious St John Hancock, the greatest British comedian of all time. (There’s a great piece about Hancock here, noting the similarities between Hancock and Seinfeld as well as Hancock’s use of ‘punch up the bracket’.)

Hancock and BS Johnson have much in common. Both were aspirational working-class/lower middle-class men defined by the 1950s who spoke in the language of outer-urban post-war London. Both were men of keen wit and sharp intellect who enjoyed – or couldn’t help – skewering their own occasional lapse into pomposity. Both were depressives with a gift for pointed, painful comedy. Both killed themselves. They even looked similar: thick, heavyset men with wounded eyes. And, most importantly, both referenced Chelsea in key texts (Hancock in ‘The Football Pools’ and Johnson in ‘Albert Angelo’). 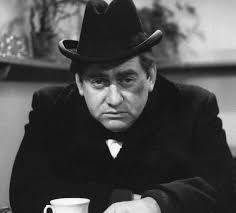 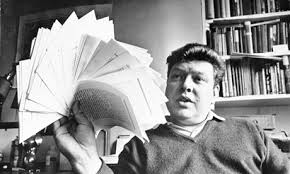 I once interviewed Tim Lott – or was it Toby Litt? – who suggested that Hancock was London’s answer to the Angry Young Men of 1950s northern working-class fiction, and there’s something this, though I’m not sure Sillitoe or Wain ever came up with anything as dark as Galton and Simpson’s ‘The Poison Pen Letters’, in which Hancock is so consumed by self-loathing he starts sending himself hate mail in his sleep.

But this is something you can imagine BS Johnson writing, another angry, sad, brilliant man who went raging into the tragedy of premature death.

5 responses to “A punch up the bracket: BS Johnson and Anthony Aloysious St John Hancock”